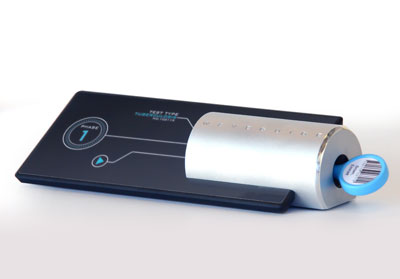 Product design and development firm Cambridge Consultants is working with medical device start-up WaveGuide Corporation on a world first to tackle the global problem of tuberculosis (TB), as well as other diseases. The two companies are developing a unique portable nuclear magnetic resonance (NMR) scanner.

TB is one of the major killer infectious diseases worldwide. It affects nearly 10 million people each year – and 1.5 million sufferers die, according to the latest figures from the World Health Organization. Yet the disease is curable – and its spread can be prevented – if it is caught early enough.

TB is caused by bacteria that most often affect the lungs. It is spread from person to person through the air when a victim coughs, sneezes or spits. Someone only needs to inhale a few germs to become infected. The WHO says more than 95% of TB deaths occur in low- and middle-income countries.

The traditional ‘gold standard’ TB test used in developing countries involves taking a sputum sample which is then cultured in a central laboratory. The process is slow, as it can take weeks for the TB bacilli to grow, and often inaccurate – sometimes picking up only 20% of cases. Such tests are also unable to detect drug-resistant strains of TB.

NMR offers the possibility of a faster, more sensitive test. But existing NMR diagnostic equipment is large and expensive – making it inaccessible to many of the populations at high risk.

In contrast, the new sputum test being developed by Cambridge Consultants and WaveGuide is affordable and no bigger than a shoebox – so it can be used in mobile clinics, for example. It will give results in less than 30 minutes, with 95% accuracy. And it paves the way for detecting drug-resistant TB. This all means that appropriate treatment can be started promptly – improving patients’ chances of recovery.

“We’re bringing the reliability of expensive, high-tech laboratory equipment to patients in the field, as well as in hospital, in the form of a compact POC device that gives accurate results fast,” said Richard Hall, head of global medical technology at Cambridge Consultants. “Our expertise in fluidics, electronics, mechanical engineering and connected health, together with our human factors skills, is enabling us to help WaveGuide create a truly innovative diagnostic device for emerging markets.”

At the heart of the miniature NMR machine is WaveGuide’s patented chipset, together with very small magnets that are a fraction of the size of those found in conventional laboratory equipment. The user-friendly design means medical staff don’t need extensive training to operate the device – they simply insert a single-use cartridge containing the sputum sample, and the machine gives the results in minutes.

“This groundbreaking development is set to transform the detection and treatment of TB and other diseases in both the developed world and developing countries,” said Nelson K Stacks, president and CEO of WaveGuide Corporation. “We chose to work with Cambridge Consultants because it combines extensive technology expertise with a deep understanding of the market and user needs. By providing a ‘one-stop shop’ for the whole product development, it is enabling us to move fast to commercialise our unique breakthrough.”

As well as TB diagnosis, the technology is also being adapted for the detection and monitoring of conditions such as ovarian and other cancers, where existing tests involve attaching microscopic iron particles to circulating tumour cells and using magnets to draw them out of a blood sample. It could also be used to identify counterfeit drugs – and has potential industrial applications, such as oil and gas detection and analysis.