Cambridge law firm takes to the Cam for charity 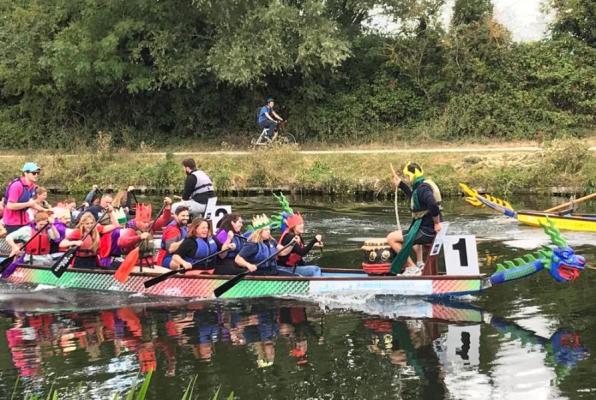 Cambridge law firm Stone King paddled to the beat of a drum at the 2019 Cambridge Dragon Boat Race.

Dressed as Kings, the Stone King Dragons mustered nine crew members and teamed up with four rowers from Allia to complete the squad. Allia has been supporting impact ventures and start-ups in the region for 20 years.

Julie Moktadir, Partner in Stone King’s Immigration Team, said: “We had a fantastic day out on the Cam, getting a little wetter than we realised but there was a great atmosphere both in and outside of the boat. Competitive spirits kicked in and we proudly finished the final heat ahead of the other competing law firms. A great event to be a part of in Cambridge.”

The Cambridge event, which was held last weekend (7 September), is in its 15th year and held on the River Cam at Fen Ditton. Teams of 10 rowers at a time pile into 30 foot Dragon Boats and race each other down a 200m stretch in heats. The event attracted hundreds of spectators with plenty of stalls and free bankside activities to entertain them between races.