Can you dismiss an employee who refuses to wear a face mask? 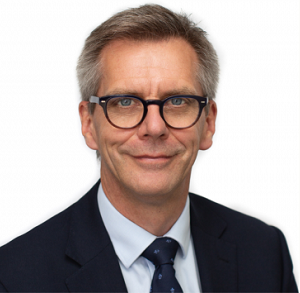 Law firm Stone King anticipates a rise in unfair dismissal claims from employees dismissed after refusing to wear face coverings in the workplace.  It says in order to fairly dismiss an employee, an employer must rely on one of five potentially fair reasons, which include redundancy, capability and misconduct.

As well as having a potentially fair reason, an employer must further follow a fair procedure before a decision is made.

What does this mean for businesses whose employers refuse to wear face coverings? Tim Tyndall, Partner at Cambridge law firm Stone King (pictured) and his colleague Julianna Barker explain what employers need to know.

They cite the recent case of Kubilius v Kent Foods Ltd, in which the Employment Tribunal held that an employee was not unfairly dismissed after refusing to wear a face mask.

Mr K was employed as a delivery driver for the Respondent who required its drivers to comply with customer instructions regarding PPE.  One site which Mr K spent a large proportion of time travelling to and from required face masks to be worn by visitors. Mr K refused to wear a face mask in the cab of his vehicle, despite being requested to do so by employees at the site for health and safety reasons. He was thereafter banned from this site by the customer.

Following an investigation, he was subsequently dismissed for misconduct by the Respondent. Mr K thereafter brought an unfair dismissal claim in the Employment Tribunal.

The Employment Tribunal held that the dismissal was fair. It held that Kent Foods genuinely believed Mr K was guilty of misconduct, had carried out a reasonable investigation and that there were reasonable grounds for it to conclude Mr K had committed misconduct, in light of the fact that its handbook imposes a duty on drivers to comply with client’s PPE instructions. The Employment Tribunal further held that a fair procedure was followed.

The final question was whether the Respondent acted reasonably in all the circumstances when treating the alleged misconduct as a sufficient reason for dismissal. In its decision, the Tribunal noted that a reasonable employer may have issued a warning in this situation rather than choosing to dismiss. However, it concluded that Kent Food’s decision did fall within the range of reasonable responses. In reaching this decision, the Tribunal took into account:

“The decision is only an employment tribunal decision so is not technically binding on other tribunals,” said Tim.

“However, it is a useful indication on how the courts will consider COVID-19 related dismissals in what is an area with little precedent.

“Employers should however remain mindful that every decision is fact dependent and the courts may decide in a different situation that a dismissal for not wearing a face mask was not a fair reason.”

Tim can be contacted at TimTyndall@stoneking.co.uk