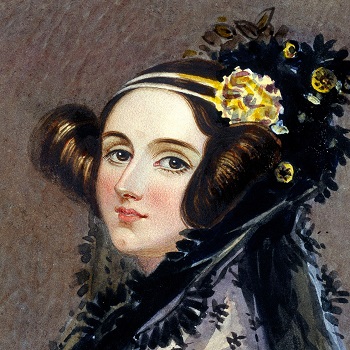 To celebrate Ada Lovelace Day today (October 13th), The Genome Analysis Centre (TGAC) is running a campaign to raise awareness of the integral role women have played in scientific discovery. Often they are not represented as well historically, while many have made huge contributions to science without recognition.

Ada Lovelace Day is a celebration of women in STEM subjects that takes place every year. Ada Lovelace was a talented mathematician, who famously worked with Charles Babbage on the “Analytical Engine” – one of the first conceptions of a functioning computer.

Working so closely with computers and bioinformatics at TGAC, Ada Lovelace Day is a fantastic opportunity to celebrate how far the science research Institute has come, especially with TGAC's representation of women across departments.

Ran by TGAC’s Public Engagement & Society Team (361˚ Division), the campaign is a chance to highlight some of the leading names in science that may have evaded us, and to encourage more women in STEM subjects, particularly bioinformatics, which is an incredibly male-dominated field.

In the run-up to Ada Lovelace Day, TGAC asked colleagues on Norwich Research Park to share the female scientists who have inspired them and how. The Ada Lovelace postcards will be on display in the TGAC atrium, collating the responses into a final feature to promote the importance of female role models in science and also passing this on to those who were mentioned that may still be working in science today.

On the day itself, TGAC is hosting a charity cake sale, with proceeds going toward charities who fund opportunities to encourage young women into STEM careers. There will be a prize for the best coding, bioinformatics or Ada Lovelace-themed cake. Alongside will be a “Women in Science” quiz, including a cryptic crossword, with also a prize draw.

Peter Bickerton, Public Engagement & Society Officer, 361˚ Division at TGAC said: “This is a great opportunity to showcase our support for the advancement of opportunities for women in STEM careers, engaging in a positive movement for change to help eradicate the barriers preventing female participation in science. We have a strong representation of women at TGAC and this is something to be celebrated. With this, and more days akin to our 'Women in Bioinformatics Day' in February, we hope to encourage more female scientists to TGAC.”

TGAC is strategically funded by BBSRC and operates a National Capability to promote the application of genomics and bioinformatics to advance bioscience research and innovation.

The Norwich Research Park is a business community of research organisations with world-leading science credentials and over 80 science and technology based businesses.