Celebrating the publication of 'The Cambridge Phenomenon' 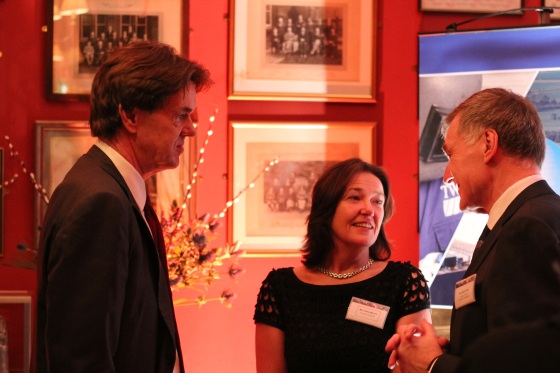 In just 50 years, business in Cambridge has changed out of all recognition. Now a recognised hub or ‘cradle of innovation’, it houses a total of 11 billion dollar companies (since 1995) and has encouraged the creation of 50,000 new jobs in a single generation.

Philip Augar, author and historical expert, hosted Cambridge Wordfest’s opening event at the Cambridge Union Chamber to celebrate the launch of the pictorial and chronological publication The Cambridge Phenomenon. The book is a masterpiece of research about the last five decades of Cambridge success.

Introducing the authors Kate Kirk and Charles Cotton (chairman of The Cambridge Phenomenon) along with entrepreneur and founder of Owlstone Nanotech, Billy Boyle, and Acorn Computers' founder, Hermann Hauser CBE, Philip spoke of the tangible change in business culture in Cambridge, the university influence, and the speed, strength and diversity of industry expansion.

In turn, and picking out several well-known businesses, the panel discussed the positive effect of the university,  associated innovation networks, and the culture of encouragement and support of entrepreneurial activity – launching industrial and technological ideas from the research laboratories straight into the business arena.

Looking to the future, Charles Cotton saw Cambridge as central to the revolution in on-line learning and education.  Hermann Hauser lauded the strong foundation provided by the Cambridge cluster, the role model effect of the city in attracting and supporting the world’s best talent, and the optimism for the development and continued support of ideas and new enterprise. Dr Hauser ended by saying that he believed that quality of management in business is key, now more than ever, in taking Cambridge business forward in its next 50 years of development.

The Cambridge Phenomenon event at the Winter Wordfest 2012 was co-sponsored by TWI.