Copenhagen-inspired cycling assessment to roll out in additional UK cities 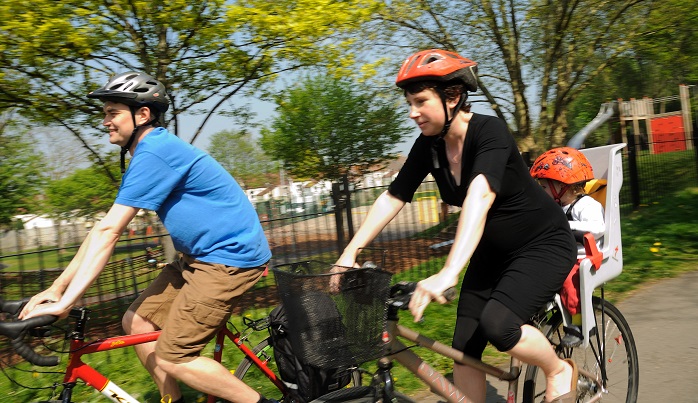 Greater Cambridge has joined Bike Life – a partnership project run by the walking and cycling charity Sustrans – which is designed to help UK cities normalise cycling.

The local authority will be working with Sustrans to capture data on infrastructure, travel habits, public attitudes and the impact of cycling. The project is designed to help UK cities normalise cycling and reports are due to be published in 2020 and 2022.

Bike Life was founded in 2014 in seven major UK cities but has grown significantly since, thanks to increased funding from the Freshfield Foundation and the cities and regions themselves. Between 2018 and 2022 more cities and regions will participate in the project bringing the total to 14. Collectively they cover almost 14 million people or 20% of the entire UK population.

The approach taken by Bike Life mirrors the Copenhagen Bicycle Account which outlines the development in cycling, identifies challenges and informs planning at a local level. This helps local authorities to build the case for cycling whilst shaping the political and funding landscape for active travel across the UK.

Across the country Bike Life has been used to develop cycling strategies, justify investment and the delivery of schemes. It has supported air quality plans, and helped to demonstrate the benefits of cycling in cities.

Speaking ahead of the launch of the project, Sustrans Head of Partnerships, Midlands and East, Matthew Barber said; “I’m very excited to be rolling out Bike Life in Greater Cambridge. This project helps to make the case for more investment in cycling, building support among politicians and decision makers. In 2017 Bike Life revealed strong support for cycling; four out of five people wanted more protected bike routes and two thirds felt that more cycling would make their city a better place to live. It’s clear that delivering better infrastructure for cycling is key to keeping our cities moving, and improving health and economic vitality. That’s why we need national and local governments to meet these demands and Bike Life can help to provide a strong evidence base to support the investment this will require.”

Councillor Ian Bates, Cambridgeshire County Council’s Chair of the Economy and Environment Committee and Greater Cambridge Partnership Board Member, said: “I’m delighted that Greater Cambridge has been successful in joining the Sustrans Bike Life project. This means that much more data can be collected to gauge the progress that is being made in getting more people cycling more safely and more often across the area.

He added; “Gathering more information will help build the case for further investment in walking and cycling, which is so important in helping to tackle traffic congestion, improve air quality and produce a network which allows a broader spread of people to feel safe and confident cycling”

The Danish capital of Copenhagen is the most bicycle-friendly city in the world. The Government has invested over £35 per head on cycling and a network of segregated cycle routes on almost all main roads and bridges across the city since 2004. In 2016, 41% of trips to work and education in the city were made by bike and 76% of Copenhagener’s feel secure when cycling (Copenhagen Bike Account, 2016. Copenhagen City of Cyclists).

Currently, there’s a huge variation in active travel spending across the UK and many cities are facing a significant fall in funding.