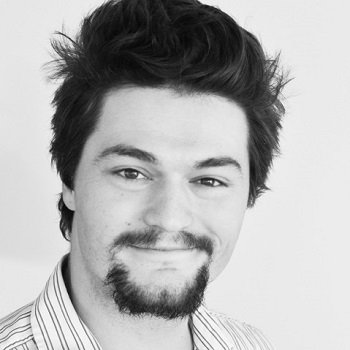 Innovia says that textured chunks of insect protein would provide a sustainable alternative to animal meat. “The Harper Adams University's 'Edible Bug Challenge' isn’t so far-fetched,” says Greg Dickens, a vet and consultant at Innovia Technology. “Insect flour is already available and 'Quorn-style' high-protein pieces are on the way”.

The Edible Bug Challenge is a move by Harper Adams University to encourage the public to be more open to other sources of protein – such as insects and other bugs – which are widely eaten in other cultures.

Greg Dickens (pictured) is no stranger to eating bugs: “I lived in Nigeria for most of 2014, where insects are part of the diet. So I've eaten a wide range of bugs, larval and adult, raw and cooked, live and not.

“Since I got home, I've been eating a lot more bugs from the garden. I guess I've probably enjoyed about 50% of them.”

Innovia is at the forefront of breakthrough innovation and challenges its clients – international brands from a wide range of markets and industries – to consider radical solutions to intractable problems. Greater use of insect protein is one way that the nutritional value of food can be increased sustainably.

Greg continues: “For bugs to be accepted as food, they need to be positioned carefully. People decide they don’t like a food a long time before they put it in their mouths. Conversely, there are many unusual things that people already eat: food with paper in it – Chinese fortune cookies; live animals – Valentine's day oysters; raw eggs mixed with alcohol – Christmas egg nog. Context is everything. If you can’t key into an existing context, you need to try really hard to entice people with some other factor, such as convenience, texture, or taste.

“Ironically, it may be those people who are less connected to what goes on their plate who are more willing to accept bugs in their food. That is because their mental model of a meal is ‘lasagne’ rather than extending to ‘lasagne made from these ingredients’.

“By targeting environment conscious foodies, the people most concerned about what is in their food, bug producers might in fact be creating obstacles to the adoption of insect protein! “

Current insect sellers either cook, dry and grind their bugs to sell as protein flour, or fry to sell as whole bugs for animal feed or as a novelty human food. Dickens argues that if insect protein was available in textured chunks then it could be incorporated more readily into a wider range of meals.

“Formed pieces are appetising, but mycoprotein used in Quorn automatically forms long fibres making it easy to work with. Insect proteins are captured within their chitin exoskeletons and are generally globular, ” he explains.

“However, I've been working with one client to investigate how this chitin can be removed to release the proteins so that they can then be made into textured protein blocks.

“This offers the potential for high-protein chunks with a certain sweetness and none of that characteristic cricket-induced-grittiness. This is all without adding chemicals that detract from the label acceptability and without using so much energy as to ruin the whole point of eating bugs.”

This is still some way off, so the Harper Adams ‘Edible Bug Challenge’ offers punters a selection of tasty mini-beasts: barbecue bamboo worms; queen leafcutter ants and June bugs, which are quite fat and about five centimetres long.

Harper Adams University's Marketing Manager Sarah Swinnerton says: “There is a serious message behind the challenge – the world needs to secure its food supplies for an ever-expanding population. The traditional plant-based diets of some countries are being replaced by protein heavy diets as wealth grows. This means more crops are being used to feed animals rather than humans.

“Insects provide more or equal protein per bite than many of the types of meat and fish we already eat, and are far more sustainable to produce,” Sarah adds. “We’ve made it our mission to show people that there’s no need to be squeamish about eating bugs – they really can be quite tasty.”

Bug eating challengers are being asked to share their pictures on social media with hashtag #HAUbugface and will receive an ‘Ultimate Bug Challenge’ sticker for their efforts.