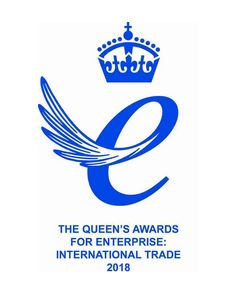 Darktrace, the world’s leading AI company for cyber defence, has today announced that it is one of a select number of businesses to win the Queen’s Award for Enterprise: International Trade. This prestigious accolade was awarded to Darktrace in recognition of its outstanding growth in overseas sales.

Established in 1965, the Queen’s Awards for Enterprise are the UK’s most prestigious business awards, celebrating organisations who are outstanding in their field. Darktrace won the Queen’s Award for Enterprise in Innovation in 2016, and has now received its second award, for International Trade. To celebrate the achievement, Darktrace will attend a special reception held by HRH The Prince of Wales at Buckingham Palace this summer.

In under five years, Darktrace’s technology has been deployed in over 5,000 networks and 97 countries. Darktrace has dual headquarters in Cambridge and San Francisco, a regional hub in Singapore, and over 30 offices worldwide.

“We are honoured to receive the Queen’s Award for Enterprise, especially for International Trade,” said Poppy Gustafsson, CEO EMEA, Darktrace. “This accolade is a testament to the international demand for Darktrace’s AI, developed by world-leading machine learning specialists in Cambridge. We are still growing rapidly, expanding into Latin America and new parts of Asia Pacific in 2018. As the cyber-threat landscape continues to evolve in unpredictable ways, thousands of organisations are turning to artificial intelligence to empower their security teams, and autonomously defend their networks.”