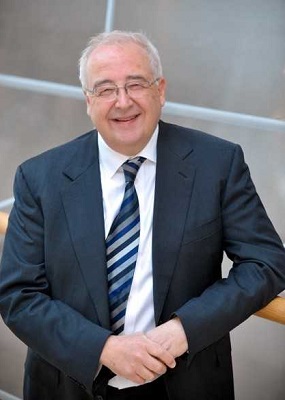 Dr David Cleevely - one of the original Founders and still a Director of the Cambridge Network - has won the ‘Icon of the Year’ award at the Barclays’ annual High Growth and Entrepreneur Awards.

The awards were announced at a recent event and highlight and recognise the unique, original and positive ways that entrepreneurs from the UK are changing their industries, the economy and society.

The ‘Icon of the Year’ category is awarded to prominent entrepreneurs leading the way for existing and future entrepreneurs.

David Cleevely said: “This is a great outcome for Cambridge and recognises the huge role which Cambridge now plays in the UK. With over 15 $1Bn companies and more in the pipeline from the most active entrepreneurial cluster in Europe, I’m proud to have contributed to this outstanding success. ”

Jon Corbett, Head of SME, South East Midlands and Cambridgeshire at Barclays said: “The Barclays High-Growth and Entrepreneur Awards, now in its third year, has proved to be a valuable and influential business competition for entrepreneurs and high growth businesses across the country. Entrepreneurs are fundamental to the UK’s economic competitive advantage, disproportionately driving job growth, attracting investment, and creating the innovative products and services that shape our todays as well as tomorrows.”

A national judging panel made up of key industry leaders and influencers selected the overall winners and presented the awards on the night.

Barclays Bank in Cambridge provides support to our customers, for a range of diverse needs. From opening your first bank account at 11, to multi national corporations, we have the knowledge and passion to help you grow!