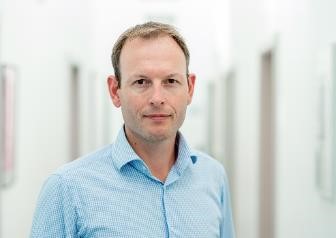 Brighton, UK, 14 June 2021: Enterprise Therapeutics Ltd, a biopharmaceutical company dedicated to the discovery and development of novel therapies to improve the lives of patients suffering from respiratory disease, today announced it has successfully dosed the first subjects in a Phase 1 trial for its novel inhaled cystic fibrosis (CF) therapy, ETD001. The first-in-man safety study is being conducted in healthy participants. ETD001 is an ENaC ion channel inhibitor with best-in-class potential aimed at treating all people with CF.

ETD001 has previously been shown to have long duration of action in the lung and is therefore expected to provide a superior efficacy and safety profile compared to other ENaC drug candidates.

CF is estimated to affect 83,000 people globally. One of the main causes of difficulty in breathing and increased risk of infection in CF is mucus congestion in the lungs. ETD001 targets the epithelial sodium ion channel ENaC, which controls fluid volume and mucus clearance from the airways. By increasing the amount of airway fluid available to hydrate mucus, ETD001 addresses the underlying mechanisms of mucus congestion, and is expected to restore lung function, reduce the frequency of lung infections and improve patient quality of life.

CF is caused by loss of function mutations in the cystic fibrosis transmembrane conductance regulator (CFTR), an anion channel highly expressed by the airway epithelium. Increasing anion conductance via CFTR modulation is a clinically validated approach for treating CF, however, it is not currently available or effective for all people with CF. As ENaC inhibition is independent of the mutational status of CFTR, this makes the approach applicable to all people with CF, and potentially patients with non-CF lung disease. Additionally, ETD001 is expected to deliver benefit as a monotherapy and in combination with other therapies, including CFTR repair.

Dr John Ford, CEO, Enterprise Therapeutics (pictured), said: “We are excited to be entering the clinic with ETD001. This ENaC blocker has best-in-class potential due to its long duration of action in the lung and favourable pre-clinical safety profile. ETD001 could significantly improve quality of life for people living with cystic fibrosis and other respiratory diseases linked to mucus obstruction.”

Dr David Morris, CMO, Enterprise Therapeutics, said: “ENaC inhibition via ETD001 shows great promise in providing a therapeutic option for the many people with cystic fibrosis who are not genetically suited to or fail to benefit from CFTR modulators. We look forward to generating our first data in human volunteers under this program.”