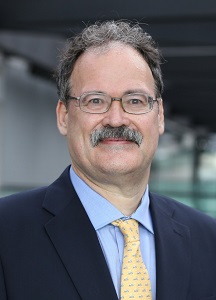 The EY ITEM Club expects the Bank of England to adopt a “wait and see” approach on the UK economy and that it will sit tight on monetary policy at the August meeting of the Monetary Policy Committee (MPC).

Howard Archer, chief economic advisor to the EY ITEM Club, says: “With the economy benefitting from the progressive easing of lockdown measures, the Chancellor announcing extra support for the economy and planned asset purchases currently seen as sufficient to last to the end of the year, it is likely that the MPC will sit tight for the time being before providing further stimulus action.

“It is possible that the Quarterly Monetary Policy Report, that will be released on Thursday alongside the minutes of the August MPC meeting, will contain the Bank of England’s latest thinking on negative interest rates and other policy instruments open to it. The expectation is that while the Bank will not close the door to negative interest rates, it will maintain a preference for holding off from such action, keeping interest rates at 0.10% and the planned stock of asset purchases at £745 billion.”

“The EY ITEM Club suspects that the Bank will stick to giving plausible scenarios, rather than specific forecasts in the August Monetary Policy Report, given still continuing uncertainties.

“Of particular interest will be whether or not the Bank has materially changed its view of the near-term outlook for the UK economy considering there was some increased optimism in the June minutes, particularly regarding consumer spending and the housing market, and how it now sees the longer-term outlook.

“There are signs that the housing market has picked up and that consumer activity has improved, with non-essential retailers being allowed to open from mid-June as well as the further easing of lockdown restrictions from 4 July.

“There appears to be uncertainty among the MPC about the likely strength of the recovery and there are clear concerns, particularly about the downside risks stemming from potential persistent consumer caution further out. This caution will be driven by health concerns and possibly rising unemployment later this year. While the Bank’s Chief Economist has come across as relatively upbeat about recovery prospects, a more cautious approach has been expressed by other committee members.”

Howard Archer continues: “When releasing its Quarterly Monetary Policy Report, the Bank of England normally releases its new forecasts for the UK economy, particularly relating to GDP growth, consumer price inflation and unemployment. These forecasts are based on prevailing market expectations for interest rates.

“However, in its May report, the Bank refrained from giving new forecasts. It acknowledged that the outlook for the UK economy was unusually uncertain given it was unknown how the pandemic would develop and how governments, businesses and households react to it.

“Instead, the Bank of England came up with a ‘plausible illustrative economic scenario’. We may see another of these.”

Howard Archer adds: “While the EY ITEM Club expects the economy will see a clear return to growth in the third quarter, with GDP likely growing around 12% quarter-on-quarter following contraction around 20% quarter-on-quarter in the second quarter, we suspect growth is likely to slow in the fourth quarter as unemployment rises.

“Furthermore, it is very possible that most MPC members will maintain concerns about the longer-term outlook for the UK economy.

“Consequently, the EY ITEM Club believes the Bank of England will ultimately decide that it has a further role to play in helping the economy build a sustainable recovery amid likely still challenging and uncertain conditions. The EY ITEM Club expects the Bank of England to announce a further dose of asset purchases either at its September or (more likely) November meetings, most likely around £100 billion. This would take the total up to £845 billion.”

What the Bank has said at recent MPC meetings

Howard Archer continues: “The MPC announced a further £100 billion of asset purchases at its last meeting on 18 June (taking the total up to £745 billion) and indicated that the purchases should run through to the end of the year. This actually marked an appreciable slowing in the pace of purchases from the preceding level. This was the result of an 8-1 vote, with the bank’s Chief Economist dissenting against further stimulus.

“The minutes of the June MPC meeting were modestly less pessimistic about the economy’s likely rate of contraction in the second quarter (which may need revising back down after GDP rose a much lesser-than-expected 1.8% month-on-month in May) while reflecting concerns about the outlook. In justifying the £100 billion of asset purchases announced, the minutes had reported that “at this meeting, a majority of MPC members judged that a further easing of monetary policy was warranted to support the economy and thereby to meet the inflation target in the medium term. While recent demand and output data had not been quite as negative as expected, other indicators suggested greater risks around the potential for longer lasting damage to the economy from the pandemic.”

“The June minutes observed that the existing evidence suggested that the fall in UK GDP (and in global GDP) will be less severe than was anticipated in the May quarterly Monetary Policy Report. It concluded: “overall, recent developments suggested that the level of GDP in the second quarter might be 20% below its level in the final quarter of 2019, rather than the 27% included in the May Report.” The minutes also observed that UK financial conditions had been fairly stable since the previous MPC meeting, but had remained tighter than prior to the outbreak of COVID-19.

“However, the minutes further observed “although stronger than expected, it is difficult to make a clear inference from that about the recovery thereafter.” The MPC observed that there is a risk of higher and more persistent unemployment, and also that consumer and business caution may persist despite relaxation of coronavirus-related restrictions on activity. Significantly, it observed that “evidence from business surveys and the Bank’s Agents was consistent with a weak outlook for employment in coming quarters. Some households were also worried about their job security.” The MPC also considered that it is unclear “to what extent consumers would be willing to return to shopping physically now that some COVID-related restrictions had started to be lifted. Forms of social expenditure were also likely to continue to be held back by social distancing, whether officially mandated or voluntary.””

Howard Archer adds: “Consequently, the MPC concluded that “the economy, and especially the labour market, will therefore take some time to recover towards its previous path.””

“Under its ‘plausible illustrative economic scenario’ set out in May, the Bank of England saw UK GDP falling 14% in 2020 then rebounding 15% in 2021. There was a drop in GDP seen in the first half of 2020 with a substantial increase in unemployment in addition to the workers being furloughed.

“Under this scenario, inflation falls under 1% in the near term but returns to around its 2% target further out. In May, the Bank of England considered the balance of risks to this scenario were to the downside. In particular, there is the risk that precautionary business and consumer behaviour could last for longer. Productivity could also be adversely affected by developments and be weaker than assumed over the medium term.”