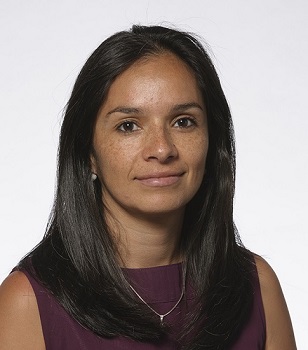 Gabriela Gallegos of the London South Bank Innovation Centre (LSBIC), part of the TWI Innovation Network, has been recognised for her work at this year’s DevelopHER Awards, which were held in Cambridge.

The LSBIC has won over £1.8 million in funding through the European Commission’s Horizon 2020 programme and focuses on developing mobile robots to provide access to safety-critical structures that may be located in hazardous environments, as well as the deployment of a range of non-destructive testing (NDT) techniques.

As well as her work for LSBIC, Gabriela founded the London South Bank University chapter of the international and non-profit ‘Robogals’ organisation. This organisation holds free workshops and other activities to help empower girls aged between 7 and 15 to seek out careers in STEM. Gabriela also acts as Robogals regional mentor in the EMEA region to advise students at Cambridge University, Bristol University, London Imperial College, and London South Bank University’s respective chapters.

Gabriela was among the winners in 14 categories from nearly 200 nominations at the DevelopHER Awards. She was able to attend an awards dinner at the Cambridge Corn Exchange, where she was presented with her prize for innovation.

Accepting her Innovation Award, Gabriela was told that she was chosen due to her impressive and consistent career in robotics.

Not just using her commitment to Robogals and her work on Autonomous Robots at the Innovation Centre to inspire women in STEM, Gabriela is herself an inspiration, as shown by her recognition at this year’s DevelopHER Awards.

You can find out more about the London South Bank Innovation Centre, or contact us for more details.