GCP projects 'a must have' to improve travel to CBC 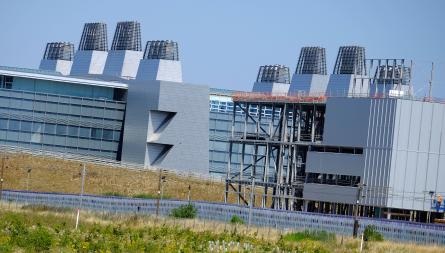 The thousands of additional new workers and patients expected at the Cambridge Biomedical Campus (CBC) over the next decade ‘must have’ the transformative new public transport schemes and cycling improvements planned by the Greater Cambridge Partnership (GCP) or face longer journeys, a new report shows.

The study predicts 26,000 workers and 25,000 patients and visitors would make 67,500 daily trips to places including Addenbrooke’s Hospital, the new Royal Papworth Hospital and AstraZeneca headquarters by 2031 - with an extra 18,000 journeys (46,400 in total) expected to be made by car if no interventions are made.

The planned new fast public transport links - including the route between the campus and Babraham, better bus services, local cycling improvements and larger Park and Ride capacity being developed by the GCP - will help redirect the 30,000 additional trips expected to be made to the campus every day by 2031 to public transport and non-car options.

These improvements would need to come alongside the major transport infrastructure developments of the Cambridge Autonomous Metro and Cambridge South Station, which would quickly become the third busiest station in Cambridgeshire.

Cllr Lewis Herbert, Chair of the GCP’s Executive Board, said: “South Cambridge needs a world-class public transport system - just like the city centre - that gets people where they need to go to and from quickly, reliably and more sustainably.

“Projected growth – such as the new Children’s Hospital and the phase 2 expansion – means that essential, transformative public transport projects must be delivered.  Simply allowing more and more journeys by car is not sustainable for South Cambridge.

“The other option is unacceptable - increased congestion, higher air pollution levels and longer journey times around one of the most important biomedical sites in the country.

“We are working with organisations on the campus and the community to bring forward transformative transport schemes such as proposals for a new Park & Ride and a dedicated public transport route, to provide a real alternative to the car – reducing congestion and improving air quality.”

Malcolm Lowe-Lauri, Executive Director at Cambridge University Health Partners on behalf of the campus, said: “Cambridge Biomedical Campus has become more than a hospital - it is a place where world leading research, patient care and those working on new drugs and devices in the life sciences industry come together to save lives now and in the future.

“However, we know our growth creates challenges. As both part of and adjacent to communities, it is essential we work with residents, authorities and others to ensure the site is easily accessible and congestion is kept to a minimum. Already many of our staff walk, cycle, car share or get the bus to the site but we want to do more.

“Schemes such as Cambridge South, the new H bus service and the development of the Cambridge South East Transport Scheme are all solutions which together will make a difference and we look forward to working with the GCP and others to bring these projects to fruition.”

The study predicts 26,000 workers and 25,000 patients and visitors would make 67,500 daily trips to places including Addenbrooke’s Hospital, the new Royal Papworth Hospital and AstraZeneca headquarters by 2031 - with an extra 18,000 journeys (46,400 in total) expected to be made by car if no interventions are made.

Cambridge South Station – which the study forecasts would have 5,800 return trips a day, making it the third busiest station in the county – and a new Park and Ride site close to J11 of the M11 would be the first of the proposed schemes to significantly reduce traffic on the roads to the campus.

The study makes clear even with all of GCP’s planned schemes and Cambridge South station car traffic will only be maintained at current levels by 2031.  Reducing car traffic by 10 per cent will take extra measures, such as replacing some car parking at the site.

The findings from the study will be discussed by members of the GCP’s Joint Assembly before recommendations will be put to its Executive Board for action on 20 March.

The Cambridge Biomedical Campus Transport Needs Study, along with the other papers to be discussed by the Joint Assembly, can be found on South Cambridgeshire District Council’s website here.