Goodwin to open in Cambridge

Goodwin is opening a new office in Cambridge that will exclusively focus on life sciences and technology, capitalising on the four-partner team hire that the firm struck from Taylor Wessing early this year.

The office will be led by one of the Taylor Wessing defectors, technology partner David Mardle, who will work both in London and in the new Cambridge outpost. He will soon be aided by the other partners at the heart of the Taylor Wessing raid, which included life sciences partner Malcolm Bates, technology corporate partner Adrian Rainey and patents partner Tim Worden. While Mardle joined last July, the other three are set to enter Goodwin after the completion of their notice periods.

The partners will come alongside one counsel and five associates. The Lawyer understands that Goodwin is also in negotiations to hire two additional associates into its London office from Taylor Wessing, as well as two other associates with a tech focus coming from Orrick Herrington & Sutcliffe. Goodwin declined to comment. Last August, Goodwin secured the hire of Orrick partner Ali Ramadan, who advises on venture capital, cross-border M&A and private equity transactions for technology businesses.

The combined team will mainly work on M&A and venture capital matters across the UK and European scene, as well as advising on intellectual property and licensing issues.

Goodwin chairman Rob Insolia said in a statement: “Establishing an on-the-ground presence in Cambridge gives Goodwin a big strategic advantage and aligns perfectly with our firmwide strategy of being a leader in select client industries.”

He added: “Cambridge is home to some of the world’s most disruptive life sciences and technology companies. It has become a multi-billion innovation powerhouse, and is an obvious location for us to expand as we continue to build Goodwin’s unique capital-meets-innovation platform in Europe.”

The opening of Goodwin’s new office in the Silicon Fen, Europe’s counterpart to the Palo Alto start-up scene, will spark competition just as Taylor Wessing has recently replenished its office there with a new hire – it has recently brought in intellectual property partner Adrian Toutoungi from Eversheds Sutherland. A few months ago, sources speaking to The Lawyer described the Silicon Fen as a difficult market. In the past few years, firms are said to have courted emerging start-ups scrambling for money in the hope they might be the next Uber. But these early-stage companies often do not have enough resources to spend on legal advice, leading to lower rates and billings. And few ever reach that Uber status.

Goodwin made no secret of considerable investments to boost its life sciences ranks. The practice was launched in April 2018 with the hire of a team of lawyers from Dechert. London-based corporate partners Graham Defries and Andrew Harrow, best known for technology and life sciences deals, moved over alongside partner Jonathan Schur in New York and Kristopher Brown. European life sciences has continued to grow for Goodwin, with the hire of partner Sophie McGrath, who moved over in November after five years at Brown Rudnick.

The opening of the Cambridge office follows a streak of international expansion for the US firm. Three years after opening its last office in Continental Europe, last October Goodwin debuted a new funds-focused office in Luxembourg. The base is led by partner Alexandrine Armstrong-Cerfontaine, and it is an addition to the firm’s already existing London-based desk for the region. Armstrong-Cerfontaine now splits her time between the City and Luxembourg. The new Luxembourg office marked Goodwin’s twelfth outpost worldwide. Paris was the firm’s latest opening before this, where it launched in July 2016 to expand its private equity and mergers and acquisitions platform.

Last March, the firm set up an office in Santa Monica, California, which mainly deals with technology and private equity work. 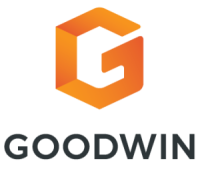 With over 1,200 lawyers in 13 offices in Europe, US and Asia, we are a Global 50 law firm with a history of working on ground breaking matters and an increasingly focussed approach to working with clients in the financial, life sciences, private equity, real estate and technology industries.

Our lawyers leverage their specific knowledge and assemble full-service teams to advise clients with an understanding of the unique challenges each industry faces and a determination not only to solve those challenges, but to help our clients become industry leaders.