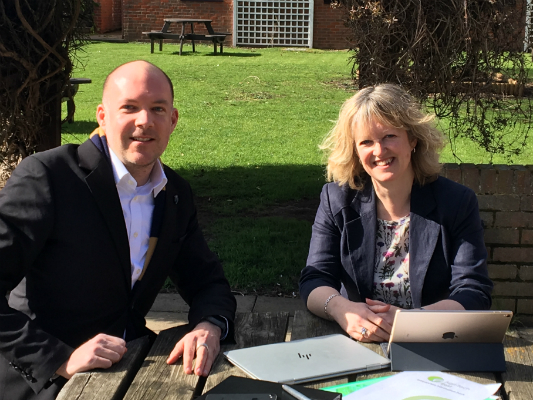 Cambridge-based Agri-Tech East has been chosen by SREDA as its first international partner for HARVEST, an annual agri-tech business trade mission that includes introductions to key Saskatchewan-province agriculture companies. In particular, HARVEST assists companies with their travel and accommodation expenses to attend the annual Ag in Motion, the largest outdoor agriculture trade show in Western Canada (16-18 July).

Agri-Tech East’s 170-strong membership of farmers, producers, technologists and entrepreneurs has created a thriving agri-tech cluster. The HARVEST programme will give these organisations a chance to showcase their products and services to Canadian producers and processors.

In 2018, the Canadian Agricultural Partnership was announced; a five-year, $388 million investment by federal and provincial governments in strategic initiatives for Saskatchewan agriculture. This includes a commitment to enhancing the competitiveness of the sector through research, science and innovation, and adoption of innovative products and practices, with an emphasis on the environment and clean growth.

Director of Agri-Tech East, Belinda Clarke, said: “Canadian farmers share many of the same issues as UK producers. The HARVEST programme offers an incredible springboard towards international expansion for innovative, entrepreneurial companies in the agri-food sphere.”

Agri-Tech East member PBD Biotech benefited from the HARVEST programme in 2017 when it was given the opportunity to showcase its unique Actiphage test for bovine TB and other mycobacterial diseases, winning that year’s Ag in Motion Innovation Award for Crop or Livestock Technology. Last summer the start-up set up a subsidiary in Saskatoon, the largest city in the province, as a base for its commercial and manufacturing operations in North America.

SREDA President and CEO Alex Fallon said: “Saskatoon has already benefited from working with one of Agri-Tech East’s members and we’re excited to see results from an already fruitful connection.

“The goal of HARVEST is to promote the Saskatoon Region to agriculture technology companies and this partnership with Agri-Tech East takes that one step further. This relationship provides us with a great opportunity to showcase the strength of the agriculture industry to connect farmers and industry leaders with international companies and investors.”