Have you made it to the gym yet? 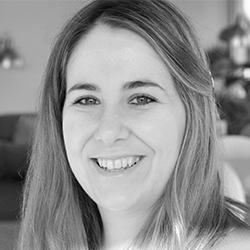 A new year, a fresh start, but what would motivate you to keep those good intentions past January? Behavioural scientists from breakthrough innovation consultancy Innovia think that a ‘commitment pact’ could be the answer.

Kora Muscat (pictured), a behavioural consultant at Innovia, comments: “Some countries have tried to encourage people to lose weight for a reward. Mexico attempted to tackle its obesity problem by issuing a free subway ticket for every ten squats done in front of a sensor at the station and Dubai had a ‘Your Weight in Gold’ scheme, where it offered a gram of gold for each kilo lost.

Kora argues that if the science behind human behaviour is properly understood then you can use this knowledge to help people become healthier, benefiting them and the wider community.

“The problem was the Dubai scheme only ran for the summer so there was no incentive to keep the weight off when it had finished. It was reintroduced the following summer, so in fact it would have been more financially rewarding to get as large as possible so you’d have more weight to lose next time!

"Even if the scheme had carried on running, the issue with an extrinsic reward is that unless you continuously increase the reward, people stop being interested. So for Dubai to continue with its scheme, eventually the gold would have needed to be upgraded to platinum.

“However, there are a number of well proven behavioural models that can be used to predict how people will behave and applying these would help to improve compliance.”

Loss aversion is a well-known theory in behavioural economics; it states that losses are more powerful than gains. When applied to New Year’s resolutions it means that every time the resolution is broken, the person must be held accountable by making some sort of payment or loss, financial or otherwise. This loss will drive the positive behaviour change.

A number of online communities and cellphone apps have been created around this concept of a ‘commitment contract’, for example PACT and Stickk. If someone wants to exercise three times a week and doesn’t, they are fined a predetermined amount e.g. $5; this increases the chance of the participant being successful by up to three times as much.

Variations have included the money lost being either distributed to peers who have been successful (introducing peer-pressure) or to causes that the participant disagrees with (intensifying the pain of loss), which have seen success rates increase.

These programmes have proven to be successful, even in the longer term. Using loss aversion theory helps an individual to maintain intrinsic motivation and to keep behaving in a positive manner.

There are good examples of how other models have worked in public health. For example the 'common sense model of illness and health' has been used very successfully to encourage people to gain flu shots in order to ‘keep healthy’ rather than to ‘stop them getting ill’.

The UK government’s 'Behavioural Insights Team' has implemented ‘Nudge Theory’ with positive results to increase the number of people paying their tax on time. Over £1.2m more was paid on time when a sentence in the letter requesting payment pointed out that the majority of people in the recipient’s area had paid promptly.

The initiative used social comparisons among people who shared similar characteristics – in this case location – to increase payments, a sort of ‘keeping up with the Joneses’.

Kora suggests that using science to look at what's driving the decision-making process would produce more successful campaigns and that models such as loss aversion could be more widely applied.

“The ‘weight in gold’ campaign might have been more successful if it had first asked people to deposit a gram of their own gold for each kilo in weight they aimed to lose, focusing on the intrinsic motivation. If the target was exceeded the participant would be rewarded by being healthier and gaining further gold.

“Chances are that the initiative would mainly have funded itself, as the money given up by people who hadn’t reached the target would have been transferred to those who had succeeded.”

Once the biases and irrationalities that underpin human behaviour are understood, policies and initiatives can be designed in a way that successfully encourages people to make better choices.

People should still carry on making New Year resolutions; they just need to make sure there is a consequence to not achieving them!