Hospice thanks Cambridgeshire’s Freemasons for 'steadfast support' during landmark year 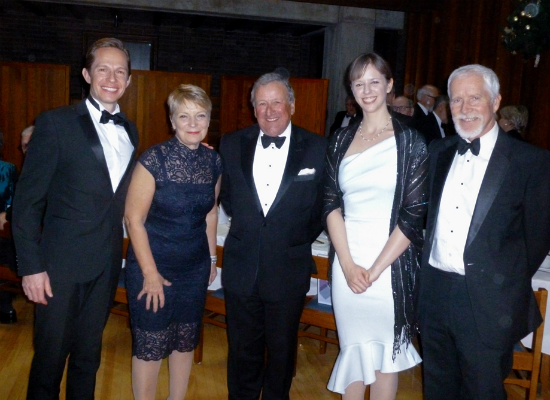 Nearly £220,000 has been donated to the widely-acclaimed Arthur Rank Hospice building, with another £17,080 contributed to the Hospice’s running costs between January and December 2017.

Arthur Rank Hospice is thanking Cambridgeshire’s Freemasons and everyone who voted for the Hospice to receive funds during the Masonic Charitable Foundation Awards (MCF Awards), last summer. The county’s Masonic Lodges have contributed an astounding £219,745 towards the Hospice’s state-of-the-art home since fundraising for the project began; with a further £17,080 – which includes £15,000 donated thanks to the public’s vote for the MCF Awards – gifted towards the Hospice’s general running costs between January and December 2017.

Dr Lynn Morgan, the Charity’s CEO explains the impact of the Freemasons’ contributions: “2017 was a landmark year for us as we embarked upon a first year of delivering essential care from our new home. £10.5 million was always a lofty target for the building, but we are celebrating how far we have already come, thanks to our wonderfully involved and generous community.

“Arthur Rank Hospice has always been brilliantly supported by the Masonic Lodges in our county, but the level of their involvement, commitment and passion for our cause since we began the new building project in 2014, has been something else. The last four years have been so significant for the Hospice and we are forever grateful, not only for the Freemasons’ financial support but also their ongoing interest in our journey as we continue to provide outstanding care to those who need us, now and in the future.”

The Hospice was delighted to be chosen as one of the two beneficiaries of the Freemasons’ Festival of Carols in December 2014, receiving £15,000. The Provincial Appeal by the Cambridgeshire Masonic Benevolent Association for the Arthur Rank Hospice, which ran from 2014 to the end of 2016, then raised a further £200,000 for the new building.

The Hospice entered nominations in the MCF Awards last year and thanks to a public vote celebrating 300 years of Freemasonry, secured £15,000 for the Arthur Rank Community Team’s Hospice at Home service. As a whole the MCF Awards donated £50,000 to local charities, with Cam Sight also benefitting from £25,000, Maggie’s Wallace Centre receiving £6000 and STARS Cambridgeshire Children’s Bereavement Service presented with £4000. Representatives from the charities were delighted to be amongst the Guests of Honour at a Tercentenary Dinner marking a memorable year held by Provincial Grand Master, William Dastur - Provincial Grand Master for Cambridgeshire Freemasons - at Churchill College, on 9 December. Finally, signing off a fabulous year of support, the Masonic Charitable Foundation awarded the Hospice a further £2080 in December 2017.

William Dastur, adds: “Cambridgeshire Freemasons were delighted to participate in raising funds for the building of the new Hospice. In 2017, our Tercentenary year, the Masonic Charitable Foundation - our national charity - organised a very successful Community Awards Scheme for local charities. Over 170,000 votes were cast throughout the country and we were pleased when the Hospice was awarded £15,000. We wish all staff and volunteers supporting specialist care for patients and their families, every success in the future.”

More than 3000 people living with a life-limiting illness are cared for each year by the Arthur Rank Hospice in Cambridge, the day treatment centre in Wisbech and in patient’s own homes through the Arthur Rank Community team. The move to its state-of-the-art home just south of Cambridge, has allowed the Hospice to vastly increase its service capacity, flexibility and breadth of care. It now has twice the number of patient beds and three times the amount of outdoor and garden space. All the inpatient unit bedrooms are en-suite with access to outdoor garden space, there are two family apartments so loved ones can comfortably stay overnight and new services - like a day therapy well-being group and a social activity program in Arthur’s Shed – have been introduced.

Whilst the Hospice is now extremely well equipped to cope with the county’s future demand for supportive and specialist palliative care, it is still working hard to find the remaining funds needed to offset the building’s cost, on top of the £7.45 million it needs to secure annually in order to deliver its care free of charge.