Industrial strategy: how it relates to the Cambridge commercial property market 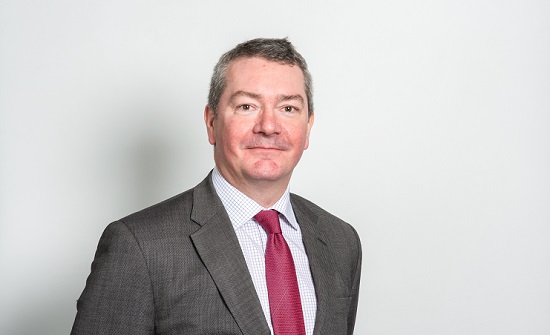 Commenting on the government's Industrial Strategy green paper issued last month, Philip Woolner, head of Commercial Agency at Cheffins, explains how he believes it will relate to Cambridge and the commercial property market.

The plans pledged to develop new technologies across the country, increase infrastructure and to develop key sectors for UK industry such as smart energy technologies, robotics and artificial intelligence. The Prime Minister also announced plans to increase technical education in the UK. As one of the areas with the densest proportion of technology-based businesses, this should offer some longer term benefit to companies concerned about employment following Brexit. As a city driven by technology and bio-tech industries, a number of companies in Cambridge had doubts over whether Brexit might hinder employment of the EU’s best staff and even if the government does allow highly-skilled migrants to work in the UK, an increase in investment in our own population’s education for these sectors must be a positive.

Businesses in Cambridge have also started to consider how the Strategy Challenge Fund can help them. The aim of the Fund is to identify and develop UK industries which are set to be at the forefront of progress in technologies. As Cambridge has a high proportion of University-based spin-outs, a number of these will be looking to make the most of the Fund to grow and develop their businesses. Cambridge is often looked to as an exemplar of global best practice, and we have to continue to provide the space and infrastructure to allow this to develop.

Crucially, Mrs May said ‘The modern industrial strategy will back Britain for the long term; creating the conditions where successful businesses can emerge and grow, and backing them to invest in the long-term future of our country.’ As Cambridge is home to some of the world’s largest multi-national corporations, creating these conditions are essential to maintain the lifeblood of our city. This next step could represent the first milestone in the government and business working hand in hand to create the right environment for the UK to grow.

Of course, this also relates back to infrastructure. Without adequate infrastructure, there is no way that the government can create the so-called ‘conditions’ they have promised. Cambridge has suffered desperately as a result of our defective infrastructure and we need government to make some big and bold decisions rather than relying on local authorities whose aspirations are by nature more limited. This is where Cambridge’s key business parks come into focus and represent alternative space for occupiers looking to grow. With locations such as Ely’s Lancaster Way Business Park, Buckingway Business Park, and Haverhill Research Park leading the charge for these opportunities, many businesses are seeing the advantages of being in a location which is easily-accessible to Cambridge but not with the high rents and congestion which can affect more central locations.

Infrastructure development will be crucially important in allowing the UK to realise the potential of all locations throughout the nation, improving accessibility and  broadband connectivity. Infrastructure bonds will be a positive move by the government as they will defer the initial cost of development, which is one of the major issues holding up sites and projects at the moment.

The biggest news in infrastructure development for Cambridge is a combination of the works to the A14 and the Cambridge City Deal. Works to the A14, one of the most important arterial roads from the East Coast to the Midlands, have been on the cards for years and will greatly improve the accessibility of our region, opening up opportunities for commercial property throughout East Anglia. The Cambridge City Deal and its implications still remain to be seen. The government has given £100m of an available £1bn in the first tranche to help the city to improve its creaking infrastructure network and a combination of South Cambs and Cambridge City Council will now have the funding to initiate a number of schemes including road widening, cycle lanes and there has also been murmurs of workplace parking payments and a congestion charge.

With up to £500m worth of resources at their fingertips, the combined councils ought to find a way for the city to be improved and we hope this might now be driven to fruition by the government. This will have not only a regional impact but is also of national significance as Cambridge leads the charge in becoming the most important hub for business outside London.