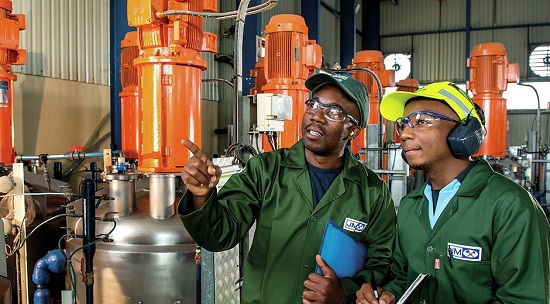 Johnson Matthey, one of the longest-trading businesses in the FTSE 100 Index, celebrates its 200th birthday this year.

Now a global leader in science and technology that makes the world cleaner and healthier, the company was founded in London by Percival Norton Johnson in 1817 as a gold assaying business. In the same year, the first bicycle was built, the states of Mississippi and Alabama were created and the fifth President of the United States was sworn in.

In the UK, George III was King, Lord Liverpool was Prime Minister, the first Waterloo Bridge was completed and it was three years before Charles Darwin set sail on HMS Beagle to hatch his theory of evolution. In China it was the midpoint of the Qing Dynasty, the tea trade experienced a surge and in South East Asia it was two years before the founding of modern Singapore.

Two hundred years later, the company Percival Norton Johnson founded is global with operations on all continents and annual sales of more than £3 billion. Over 90% of the company's sales come from technologies that have an explicit environmental, health or sustainability benefit. Today the company employs 13,000 people in 30 countries worldwide. One pound in every twenty generated is reinvested in research and development. Last year alone, Johnson Matthey invested £188 million in research and development projects around the globe.

Starting his business at the age of 25 with just £150 of capital, Percival Norton Johnson established himself in the City of London as an 'Assayer and Practical Mineralogist'. His pioneering work in assaying (determining precious metal content) and refining precious metals quickly established Johnson's reputation for the quality and accuracy of his work. As Johnson's reputation grew, his business flourished.

George Matthey joined the business as an apprentice in 1838, becoming a partner in 1851. In the early years, Johnson Matthey alloys of platinum and iridium were used to create the benchmark metre and kilogram, as well as standards for imperial measurements.

Johnson Matthey's science is helping to enhance people's lives on a global scale. Innovative technologies developed by the company's scientists are transforming the quality of air around the world. New materials are reshaping battery technology for the automotive industry and advanced technologies are being developed that optimise the efficiency of world scale processes used to produce many important chemical intermediates. Today, one third of all new cars on the planet are fitted with catalysts manufactured by Johnson Matthey at its facilities around the globe, dramatically reducing vehicle emissions worldwide. The exhaust from cars fitted with Johnson Matthey catalysts is often cleaner than air that enters the engine. At the same time, the company is applying its expertise to create vital products for the pharmaceutical and medical industries, making a difference to the health and wellbeing of many people around the world.

Johnson Matthey has always had science and technology at its core. Through the constant application of new ideas and new processes, the company has built an organisation that has sustained 200 years of growth and helped create a sustainable future for our planet. The steely determination of Johnson Matthey employees over many generations has made a positive contribution to the company, its shareholders and the world at large.

Robert MacLeod, Chief Executive of Johnson Matthey said: "This is a very special year for all of us at Johnson Matthey as we celebrate our 200th anniversary. This extraordinary achievement belongs to my colleagues worldwide and to our predecessors. For two centuries Johnson Matthey has been at the forefront of inspiring science. Much of the important work that we do is not visible to the naked eye but the impact of our science is global and profound. This year we renew our mission to make the world a cleaner and healthier place for everyone."