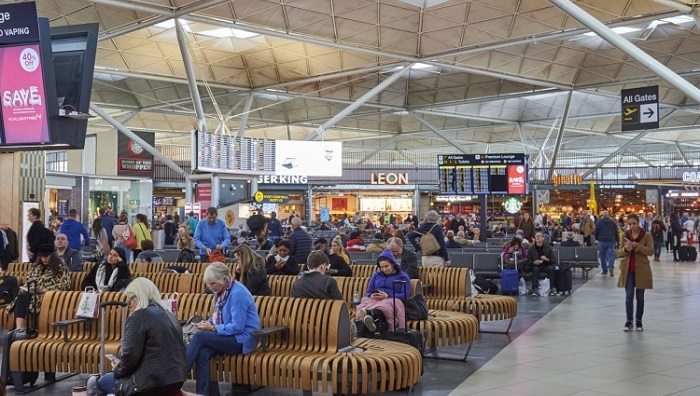 London Stansted has become one of the first UK airports to be certified as offering safe, child-Friendly WiFi to its passengers.

The accreditation comes on the back of Stansted’s parent company, MAG, signing up to the Government-initiated scheme.

The move means that passengers at Stansted will now have the ultimate reassurance that the airport’s free Wi-Fi network will filter out inappropriate content, so they can be confident that it is safe for everyone to use. Stansted’s passenger mix differs from other large UK airports in that it reflects a much younger demographic with 48% being aged between 16-34 years old, and with many young families with children travelling through the airport the accreditation will provide extra reassurance to them.

The certification has been carried out by Friendly WiFi, the government-initiated standard for public Wi-Fi. It was launched in 2014 to ensure public Wi-Fi meets minimum filtering standards, particularly in those areas where children are present.

Stansted’s free Wi-Fi service is incredibly popular with its passengers, with over five million having used the service in the past year and spending an average of 26 minutes online using the service. Passengers using the iOS platform outnumber all other platforms by nearly two to one.

“More and more of the 28 million passengers we welcome to our airport every year choose to connect to the free Wi-Fi we offer, whether that’s to download a last-minute film for their flight, catch up on emails or say bon voyage to friends and family before they fly.

"As I’m sure many parents will appreciate, children also increasingly want to use their connected devices when they are at the airport and as a responsible airport operator, we know that it’s our duty to keep them safe online. Friendly WiFi provides further reassurance to parents, and all our passengers, that they can browse safely," said Aboudy Nasser, London Stansted’s Chief Commercial Officer.

"Wi-Fi that meets minimum standards goes a long way to ensuring no-one is unsafe or uncomfortable as they travel. I would urge other airports and transport operators to follow this lead and sign up and become certified – to demonstrate to their customers that they take online safety equally seriously as they do operational safety," added John Carr, Secretary of the UK's Children's Charities' Coalition on Internet Safety.

As part of the drive to transform the passenger experience the airport introduced free Wi-Fi in 2013. The service is available in all the main passenger areas including check-in, the departure lounge, arrivals hall and at the gate.

Passengers can also charge their mobile devices at the many free to use points available in most bars and restaurants at the airport as well as the built-in charging points in the new seating areas within the departure lounge.