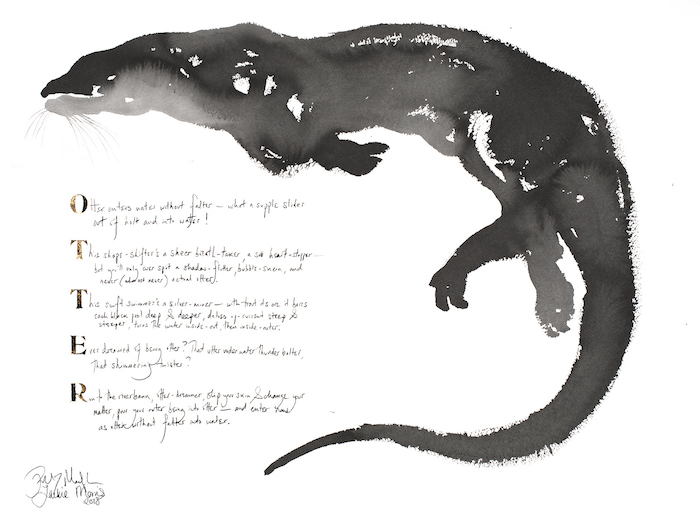 An nspirational campaign uses lost words to inspire children with the wonders of nature...

Three quarters of children in the UK spend less time outdoors than prison inmates, and although we know children’s imagination today is alive and well, their working surface is increasingly a screen and less often a playground or a forest. Time outside enjoying nature is good for our mental and physical health – especially as children – yet sadly the average time spent outdoors varies in line with sociological factors like income.

In a Cambridge University study, conservationists found British primary school children were 'substantially better' at identifying Pokémon characters than species of common British wildlife - forget weasel and replace with Weedle - and this research was carried out before the advent of Pokemon Go!

Quite a few of us at KISS are parents, so you can imagine this research has us worried - particularly when coupled with the fact that we regularly read about children who can’t recognise a kingfisher, or don’t know what a bluebell is.

So it’s not surprising that many of us here have been thoroughly spellbound by the work of Cambridge writer Robert Macfarlane and artist Jackie Morris’s book The Lost Words. This brilliantly illustrated ‘spell book’ was partly inspired by words that were dropped a few years ago from the Oxford Junior Dictionary.

As Jackie put it, the inspiration was ‘common words falling out of common usage’. As Robert explained in the Guardian: ‘Jackie and I chose 20 common names of 20 common species of creature and plant. Our choices formed a crooked almost A-to-Z, from acorn and adder through bluebell, conker and kingfisher, to weasel, willow and wren. For each name I wrote a summoning spell… to be read aloud by child to grown-up, grown-up to child, or even grown-up to grown-up’.

The book has received a stunning response, inspiring grassroots action across the country, including now in Cambridgeshire! Local arts and well-being charity Cambridge Curiosity and Imagination wants to put a copy of the book in every primary and special school in Cambridgeshire and Peterborough. CCi are a fantastic local charity whose work includes bringing together educators, children and artists to discover their own powers of imagination and curiosity, often using found materials and natural environments.

We helped to kick off this campaign with a special event, held as part of the Cambridge Literary Festival, where we were all in awe as Jackie Morris hand-made her ink then conjured up an otter live in front of the audience. The magical one-off artwork was auctioned and raised £1,200. The Cambridgeshire campaign continues apace to get a book for each school - if you’re interested and keen to support you can donate to the campaign.

At KISS we understand how the right words and images can communicate function and drive an emotional response – that powerful combination coming together in perfect harmony to deliver extremely compelling communication.

And maybe we can all help just a little in inspiring the next generation to reconnect a little more with nature!