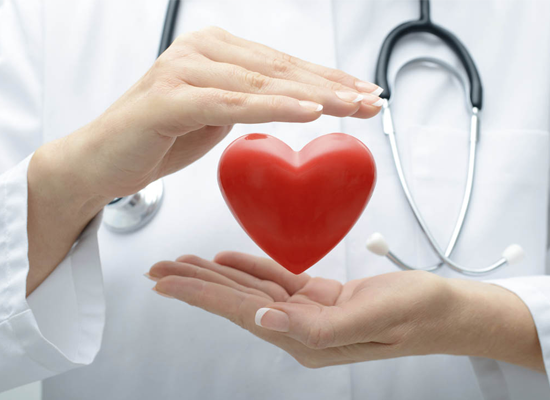 Lycotec Ltd., a biotech company based in Cambridge UK, has filed a patent application for the first drug in the treatment of a bacterial infection which could be involved in the development of atherosclerosis and cardiovascular disease (CVD).

An infection as a cause of cardiovascular pathology has been sought for more than 100 years. In the last 20-25 years a number of bacteria and viruses have been identified in atherosclerotic plaques of people with CVD. One of the most reported findings was a detection of fragments, DNA and antibodies against Chlamydia pneumoniae, Ch. pn., the most common respiratory infection in humans.

A strong correlation has been established between the presence of signs of the infection and the severity of atherosclerosis and CVD. However, to prove that Ch. pn., is indeed a causative factor of this disease, it was necessary to demonstrate that anti-Chlamydia treatment could alleviate symptoms of cardiovascular pathology.

Numerous trials on the application of different antibiotics in patients with CVD have so far failed to achieve this.

Analysis of these unsuccessful attempts reveals two major flaws in their design. Firstly, in none of these trials was a monitoring of the elimination of Ch. pn. applied, hence there was no evidence that antibiotics used in these patients were effective in inhibiting the infection.

Secondly, protocols of the administration of these drugs were the same as used for the treatment of acute Chlamydia infection.

However, the majority of the CVD patients enrolled in these studies did not have concomitant respiratory diseases. In these patients Ch. pn. was typically present in its persistent chronic form, which can be either resistant to existing antibiotics, or require longer treatment than the acute infection.

Lycotec has developed the first drug to target the particular persistent form of Chlamydia. It blocks intra-cellular propagation of these bacteria in cell cultures. In a number of clinical studies, including randomised, double blind and placebo controlled ones, on patients with diagnosed CVD, it was demonstrated that oral administration of this drug for four weeks could in 85% patients not only reduce anti-chlamydia antibodies but also blood markers of oxidative inflammatory damage to an undetectable level.

The drug and results of its clinical trials are to be presented at the biennial CBRS Conference in Charlotte, NC, in April 2017 http://www.chlamydiabasicresearchsociety.org/biennial-meeting.html

The drug belongs to a class of Nutra-Pharmaceuticals because its active molecule, lycopene, and its two “assisting” molecules originate from food. For example, lycopene is a red pigment of tomatoes, and some other red fruits. All the molecules can be either extracted from food or synthetized.

In its conventional form lycopene itself cannot inhibit chlamydia. It needs a chaperon, which is essential to facilitate lycopene transportation to the site of the infection. Moreover, if the infective process is accompanied by a pronounced inflammatory reaction, it is important to have in the drug formulation a co-factor which prolongs the life of lycopene, protecting it from oxidation and depletion.

Since all three molecules comprising the drug are of food origin, it is intrinsically safe due to the absence of any toxicity issue.

All the active molecules are typically present in the Mediterranean diet, which has a well-established association with reduced prevalence of and mortality from CVD.

Dr Ivan Petyaev, one of the inventors, and the founder of Lycotec, suggests that the development of the anti-chlamydia Nutra-Pharmaceutical and the demonstration of its efficacy in clinic may provide one of the explanations of how the Mediterranean diet can provide cardiovascular support and protection.

Professor Nailya Zigangirova, the co-author of the invention, points out additional new applications of the drug in the treatment of other chlamydia infections, including Chlamydia trachomatis, one of the most common sexually transmitted diseases. Although its acute symptomatic form can be cured by existing antibiotics, its persistent asymptomatic form is still poorly treated. This in turn becomes one of the leading causes of infertility.

Lycotec is currently looking for funding, or a licensing and partnering deal with a Pharma company, to take its new patented drug for further clinical trials and regulatory approval.

Lycotec Ltd is a Cambridge (United Kingdom) based Biotech Company focusing on development and commercialisation of bio-medical platform technologies for nutraceutical, pharmaceutical, medical and functional food, nutra-cosmetic and nutranostics industries.