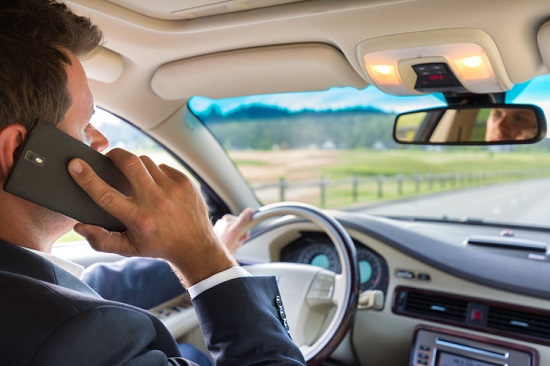 From tomorrow (1 March 2017), the number of penalty points to be imposed for mobile phone offences increases from three points to six points. It applies to offences committed on or after that date. Tim Ridyard of Woodfines Solicitors outlines the details.

Where a fixed penalty offer is made to a driver by a police officer the amount payable for this offence will now be £200 - otherwise the matter will be dealt with in the Magistrates’ Court, where the driver may wish to plead 'Not Guilty' and contest the allegation at trial.  Only in limited circumstances, may there be a benefit in a driver declining a fixed penalty and instead opt for a Guilty plea at Court. It should be remembered that the court can, instead of imposing points, opt to impose a discretionary driving disqualification.

The change to six penalty points will have a significant effect on drivers:

The change in law takes effect through the Road Traffic Offenders Act 1988 (Penalty Points) (Amendment) Order 2016.  However, it should be borne in mind that not only is there a specific offence of not driving (or supervising the driving) of a motor vehicle while using a handheld mobile phone or other handheld interactive communication device, but any driver can be prosecuted for other offences that involve dangerous or careless driving (including fatalities and incidents causing serious injury), where such devices have been used anyway. This is regarded as an avoidable distraction.  The use of a mobile phone or other device in such instances will always be regarded by the courts as an aggravating feature.

It should also be remembered that, even if a mobile phone is being used legally (e.g. in hands-free mode) it is no defence to a prosecution for careless or dangerous driving, if the driver has been distracted and sub-standard driving conduct occurs.