Neul, the world leader in technologies for the Internet of the Things, today announced the deployment in Cambridge of the world’s first city-wide, fully-functional wireless network in white space, enabling a whole host of Smart City applications. To demonstrate this network Neul, in collaboration with Bglobal Metering, is today, showcasing the world’s first-ever smart electricity meter reading over a white space network. 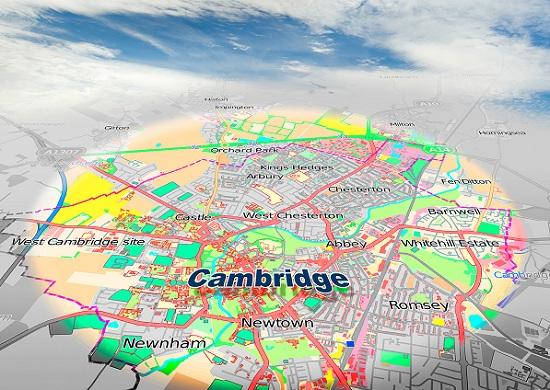 This is the first step towards smart electricity grids that will allow electricity supply to be more efficiently matched to real-time demand.

White space is the unused and underused parts of the wireless spectrum. For example, around the world many TV channels are left vacant in most locations. Neul’s technology opens up these channels and will also allow underused frequencies within other UHF licensed and unlicensed bands to be used efficiently for wireless communication.

Neul’s network builds upon the successful completion of the first phase of the Cambridge White Space Consortium's network, also announced today. The Consortium’s phase one network used Neul's equipment and cloud interface, together with the Weightless communications standard, to prove that its white space network co-exists perfectly with televisions and wireless microphones without causing interference or disruption. Neul’s network will now build upon that foundation for commercial trials later this year with full roll out anticipated in 2013.

In addition to the smart grid, Neul’s network opens up several fascinating possibilities for the Smart City of the future, enabling smarter transport and traffic management, city lighting and other municipal services.

"In a world of Smart Phones and mobile broadband it is easy to imagine that wireless connectivity has now been solved,” commented Glenn Collinson, co-founder and Board Member at Neul. “It hasn't. Mobile broadband is too expensive for 'things' in the Smart City. Also mobile broadband means battery powered devices would need changing far too often. And all those sensors would load the cellular networks to such a level that there would be little network capacity left.

“Mobile networks are great for people but terrible for machines. At Neul we are today demonstrating that the Smart City can happen now with a new wireless standard called 'Weightless' specifically designed for embedding in electricity and gas meters, air quality sensors, recycling points, street lighting, parking spaces, traffic lights and ... well ... ‘things’ rather than people."

"In the last few years we’ve heard a great deal about white space and the opportunities it will bring. With many countries approving the necessary legislation, the launch of the world’s first city-wide white space network coupled with the demonstration of a smart meter reading over white space is a major milestone towards the realisation of these opportunities.” commented Will Strauss, Chief Analyst, Forward Concepts.  “Technologies available today simply cannot realistically deal with the cost, power and propagation requirements of many elements of the Smart City. This sharp movement towards a world of ubiquitous machine-to-machine communication has huge implications and the industry will be watching closely."

The name Neul is pronounced like ‘fuel’ and is from the Gaelic word for 'Cloud'.

Neul was formed in Cambridge, UK in 2010 by a group of entrepreneurs with successful track record. The core management team was responsible for building Europe's most successful fabless semiconductor company, CSR.

Neul is transforming wireless data communications being the first to enable access to large amounts of unused and underused UHF spectrum, vastly reducing the costs of base stations and the terminals needed for wide area wireless networks. This will enable Neul’s customers to build networks and applications that offer completely new kinds of devices, services and business models.

Neul’s vision is to bring about a revolution in the way devices and applications communicate.  Towards the predicted 50 billion connected IoT and M2M devices, through smart metering to local broadband delivery, transportation and beyond. Neul is helping to create 'the internet of everything'.

Further details can be viewed at http://www.neul.com

Machine communications, often termed M2M, has long been forecast to be a sector with massive growth. recent forecasts of 50 billion connected devices by 2020 from cars to sensors to traffic lights to healthcare applications and much more.

Weightless’ central mission is to co-ordinate industry players to foster the development of a new and revolutionary communications standard (called Weightless) to enable efficient machine-to-machine communications in white space.

Weightless is currently signing up members http://www.weightless.org/account/register, and has strong traction from a wide variety of industry players.

Weightless will undertake its first Plenary Session for members on 8th -9th May 2012 in Cambridge.

Further details can be viewed at http://www.weightless.org

Bglobal Metering is the UK’s leading smart metering company, and an Elexon-accredited Half Hourly and Non Half Hourly Meter Operator (MOP) and Data Collector and Aggregator (DC/DA), providing a full and unique end-to-end range of smart metering solutions.

Bglobal recognises that the next decade will see smart metering at the top of the utility agenda, and supports the aim of having a smart meter installed in every home and business in Britain as early as possible.

Bglobal has installed meters for each of the ‘big six’ energy suppliers and for hundreds of businesses, and is now fully prepared for the residential and SME sectors with its revolutionary Smart1 meter – the world’s first truly smart ready meter.