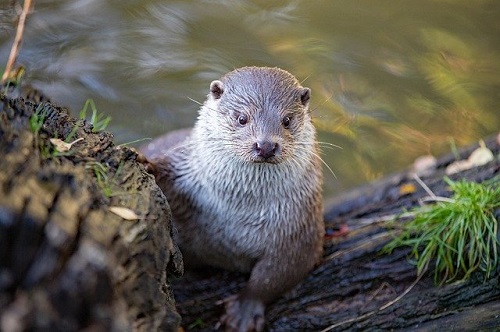 One of Britain’s best-loved mammals is set to receive a boost with the sequencing and release of the first high-quality Eurasian otter genome by scientists at the Wellcome Sanger Institute, in partnership with the Cardiff University Otter Project.

The genome was published yesterday (19 February) through Wellcome Open Research, where it will be openly available for use by the research community. It will enable organisations like the Cardiff University Otter Project to make the most of the wealth of data stored in DNA archives, in order to better understand the biology of otters and inform ongoing conservation efforts.

In the 1970s, accumulation of pollutants such as DDT, PCB and dieldrin in the environment caused a dramatic crash in British otter populations, which fell by 80 to 94 per cent. As they sit at the top of the food chain, the decline was a warning sign that Britain’s river ecosystems were in serious trouble. Since a ban on many of the worst pollutants, contaminant levels have gradually declined. Otters have made a comeback and returned to rivers from which they had been missing for decades.

But threats remain, with chemicals suspected of disrupting hormones in animals and humans widely used in pesticides* that can find their way into rivers. The implications of these chemicals for Eurasian otters are not known, but the species remains at risk and is listed as ‘Near Threatened’ on the IUCN Red List**.

The Cardiff University Otter Project was set up in the 1990s to understand the population crash, and today it works to discover how otters interact with their environment and monitor for new threats. Analysing the health and behaviour of otters can provide insights into what is happening with other members of the ecosystem such as fish, birds, insects and bacteria. These insights also have implications for humans, since pollutants affect the water we drink and swim in, as well as some of the food that we eat.

Dr Frank Hailer, of the Cardiff University Otter Project, said: “The otter genome will give researchers access to the goldmine of information stored in otter sample archives. This will make it possible for us to explore the genetic traces left in an otter’s DNA, recording how the individual was affected by, and adapted to, changes in their environment.”

Dr Elizabeth Chadwick, of the Cardiff University Otter Project, said: “It has been fantastic to see the resurgence of otters in Britain in recent decades, but we must be alert to current and emerging threats to our otters and rivers. The otter genome will allow us to see how environmental changes, such as the introduction or ban of a particular chemical, have affected wild otters and their ability to survive. I hope it will also enable us to pre-empt future threats to wild otters – and also signpost emerging threats to humans”.

The otter genome is published as part of the Wellcome Sanger Institute’s 25 Genomes project**. It will also contribute to the ambitious Darwin Tree of Life Project***, which will see partner organisations sequence and assemble the genomes of all 60,000 animal, plant, fungal and protist species across Britain and Ireland.

The high-quality genomes will enable scientists to make new discoveries about how British and Irish species are responding to environmental pressures and what secrets they hold in their genetics that enables them to flourish, or flounder.

Professor Mark Blaxter, Programme Lead for the Tree of Life programme at the Wellcome Sanger Institute, said: “Genomics is set to power a new era in biology and conservation by allowing us to answer fundamental questions about how species live their lives and adapt to change. Otters in Britain and Ireland have been severely impacted by human activity in the recent past. My hope is that genomic data will help inform policy-making that protects and preserves our amazing wildlife in the near future and beyond.”

*More information on hormone-disrupting chemicals is available from Chem Trust

Image by Jo Stolp from Pixabay