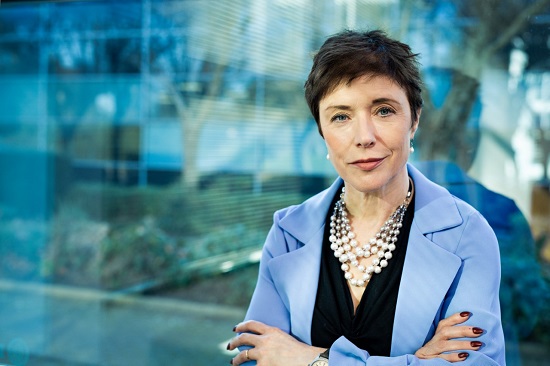 The Catholic Church and leaders of other religions must “take a moral lead” to help end online child sexual abuse as leaders prepare to gather in Vatican City.

Susie Hargreaves OBE, CEO of the Internet Watch Foundation (pictured), has welcomed a push to bring together experts from across the world for an inter-faith conference in the Vatican this week on fighting online child sexual abuse.

Ms Hargreaves applauded the push for better partnership with tech companies and governments, but said religious leaders still need to do “a lot more” to face up to “what has happened in the past”.

The IWF works to remove child sexual abuse images and videos from the internet.

Speaking ahead of the conference on November 14 – 15, which will focus on “Promoting Digital Child Dignity”, Ms Hargreaves said online abuse is “not a victimless crime” and that it can only be solved when industry leaders, governments, and law enforcement groups work together.

Ms Hargreaves, who will be attending the conference to offer the IWF’s expertise, said she hopes to take the opportunity to represent children and push for greater partnership between organisations.

The conference will open with an address from the Pope. There will also be speeches from H.H. Sheikh Saif Bin Zayed al Nahyan, Deputy Prime Minister and Minister of Interior of the United Arab Emirates, H.M. Queen Silvia of Sweden, and His All Holiness Bartholomew I, Ecumenical Patriarch of Constantinople.

They will be joined by 80 invited experts from across the globe, including representatives of international organisations, NGOs, technological companies, economic operators, politicians, jurists and religious leaders.

Ms Hargreaves said: “It is something to be applauded that all the different religious leaders are getting together to talk about the problem and stepping up, although there is a lot more that can be done, and a lot more public acknowledgement as well of what has happened in the past.

“However, it is really good that the Catholic Church has taken the initiative to bring together not just the religious leaders, but experts in the field, and it is a real honour to be one of those experts.”

She called for greater partnership between industry, Government, law enforcement, as a way of solving online abuse in the long term and taking a global.

Ms Hargreaves said the Catholic Church and leaders of other religions have a great deal of influence, and that their help in combatting online child abuse will be invaluable.

She said: “It would be impossible to solve the problem unless all the relevant partners work together and where people have influence and, indeed the Catholic Church and other religions have huge influence, they are meant to be taking a moral lead.”

The National Crime Agency estimates that 144,000 users from the UK are active on dark web, looking for images of sexual abuse.

The IWF works to remove images and videos of child sexual abuse. Whilst only 0.04% of content is hosted within the UK, the demand for such content is significant.

The conference is jointly organised by the Pontifical Academy of Social Sciences, the Child Dignity Alliance and the Interfaith Alliance for Safer Communities and is in continuity with the World Congress on “Child Dignity in the Digital World”.