Researchers identify the safety ‘tipping point’ at which hospitals fail 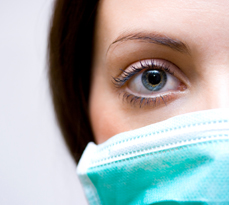 Researchers have identified the point at which hospitals begin to fail, resulting in deaths of critically ill patients

The safety tipping point for hospitals occurs when they reach occupancy levels far below 100 per cent according to a new study to be released shortly in US journal Management Science.

The three academics involved investigated bed occupancy levels and death tolls in 256 clinical departments of 83 German hospitals during 2004/05 and identified a severe mortality tipping point at 92.5 per cent occupancy.

“We all suspected that outcomes would deteriorate, but previously there were assumptions of gradual deterioration. What our research revealed is that there is, in fact, a tipping point which was triggered strongly at midnight occupancy levels of around 92 per cent in our data. When the tipping point was exceeded, patients began dying in significant numbers. We were shocked by the size of the effect: if, as the data suggests, one in seven deaths are attributable to high occupancy, when hospital departments exceed the tipping point, then we have a Mid Staffs situation in many hospitals – every once in a while.”

“At very high occupancy levels, the buffers in place to cope with an influx of patients are depleted and the managers’ response is inhibited because they are effectively out of options. The pressure is passed on to front-line staff, who are unable to escape it. They then respond in two ways: first, by consciously cutting corners and second, by subconsciously committing more errors as a result of elevated stress levels. As a consequence, quality of care and safety will deteriorate during periods of high utilisation in hospitals.”

The researchers go on to suggest a simple strategy for avoiding the tipping point – making better use of capacity pooling with neighbouring hospitals.

When they factored pooling with nearby hospitals into their research they found that, if pooling had happened at the hospitals they examined, it would have reduced the 71,510 patient-days with peak occupancy above the tipping point, down to 50,302 – a reduction of 30 per cent that would have saved lives. Scholtes commented:

We have estimated that, in our sample, more than a third of the deaths that are attributable to high occupancy could have been avoided if capacity had been pooled with nearby hospitals.

The researchers also stress the importance of flexible capacity in managing the tipping point. When hospitals reduce costs by closing beds, they could mitigate the safety effect by keeping the bed infrastructure, but staffing these beds only when a department approaches the safety tipping point. They estimate that, at the margin, flexible capacity can save up to 40 per cent of a fully staffed bed, while maintaining comparable safety standards.

The results of their research should make hospitals re-think their strategies for high occupancy, Scholtes, Kuntz and Mennicken conclude:

“Our results provide ammunition for operations managers when their finance colleagues argue that capacity can be reduced while activity and safety levels are maintained.”