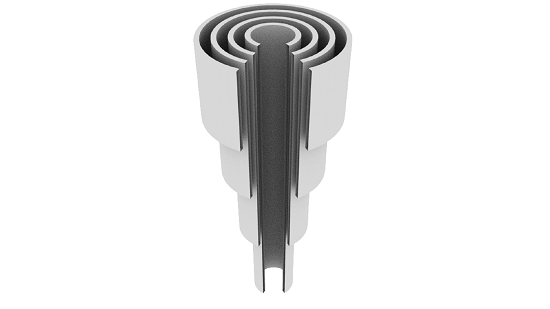 An innovative project which aims to conceive a system for the early detection of failure in geothermal well casings has secured support from the European Union’s Horizon 2020 programme.

The multi-disciplinary consortium behind the successful funding bid comprises 22 partners from nine countries representing: ten academic institutions; three subsurface industry energy operators, one of which is a small to medium sized enterprise (SME); seven industrial partners including SMEs; and three major research institutes.  S4CE: Science for Clean Energy commenced in September 2017 and is due to complete in August 2020.

The 10m EUR, S4CE project includes fundamental studies of fluid transport and reactivity; production of new instruments for the detection and quantification of emissions; analysis and modelling of micro-seismic events; and the testing of cement casings.  During the development process, the new system’s cutting-edge instrumentation will be deployed and put through its paces in three existing field sites: the CarbFix site in Iceland; a deep drilling, deep geothermal operation in Cornwall, UK; and a 4450 m gas-water bearing well in St. Gallen, Switzerland.

Geothermal wells capture energy from the earth and could be an extremely efficient way to address climate change.  Adequate inspection of well casings, which are essentially large diameter pipes, is a key part of well management.  Existing inspection techniques include mechanical integrity testing, pressure and temperature monitoring, underground water sampling and distributed temperature sensing.  All of these are used either to monitor a specific part of a borehole or for generic well monitoring.  However, the S4CE partners have identified that there are likely to be several advantages to using condition monitoring techniques as well, which could increase the lifetime of the equipment through early detection of well casing failures and lead to lower maintenance costs.

TWI’s role in the consortium is to identify the most appropriate technique, or combination of techniques, for monitoring geothermal well casings, with the objective of identifying any failure in advance of it happening and consequently avoiding a catastrophe.  At this stage of the S4CE project, acoustic emission and guided wave techniques have been applied to the testing of a 6m long, concrete-covered metal pipe, then subsequently tested on a well casing from the geothermal field site in Cornwall.  The team found that while the emitted waves and guided waves propagate in the structure, they suffer a gradual decrease in amplitude which reduces the range of inspection.  Therefore, the attenuation effect on the propagating waves is tested.  The results have shown that the attenuation rate is very promising in terms of the possibility of identifying a crack while it is developing.  Vibration analysis has also revealed a much higher attenuation rate compared to the other two techniques, the outcome being that acoustic emission in combination with guided wave is the most promising solution for condition monitoring of geothermal well casings.

Sofia Sampethai, the Project Leader for TWI explains “The next stage of the project is to test the most appropriate technique in the St. Gallen field site in Switzerland.  Our ultimate target is to verify the capability of deploying our final system in Cornwall where a novel concept for harnessing geothermal resources is currently being performed through the United Downs Deep Geothermal project.”

S4CE is a project funded by the European Union’s H2020 research and innovation program under grant agreement No 764810.  The S4CE website is http://science4cleanenergy.eu

Image: A schematic of a typical geothermal well casing made of carbon steel and in-filled with cement