Sexism, racism, genderism, ageism? There’s an emoji for everything 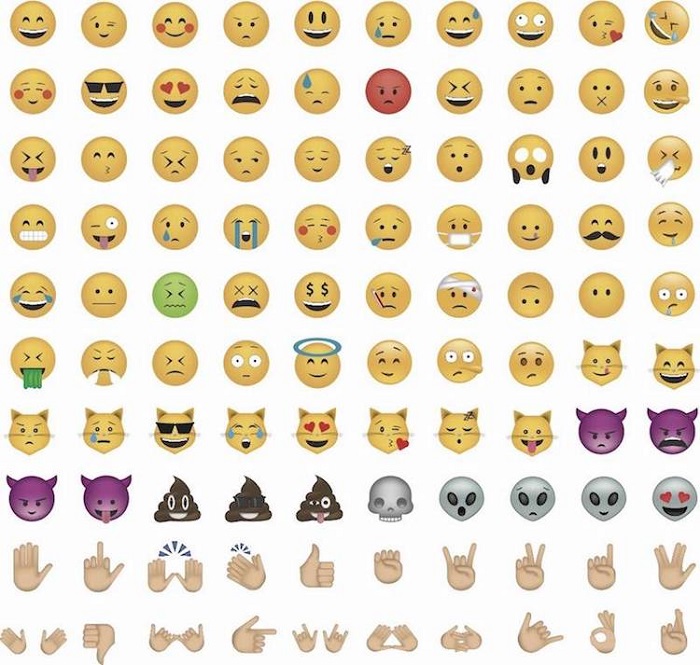 Richard Bland, Executive Creative Director at KISS, takes a look at the brief history of our mobile emotional crutches.

Love them or hate them, emojis have become part of the lexicon of our mobile language. They allow us to keep our messages short and simple, while at the same time constantly letting our recipients know how we feel about them as we rattle our way through our text messages.

The first icons to bear the name ‘emoji’ originated in 1999, when Shigetaka Kurita, a designer inspired by the Manga cult comic style, was tasked with revolutionising Japan’s i-communications. He was working with NTT DOCOMO's i-mode department where he created 180, 12 x 12 pixel pictogram-like characters, initially to communicate emotions like joy, melancholy, indifference and astonishment. The word ‘emoji’ is Japanese and comes from ‘e’ representing image and ‘moji’ representing character.

But its origins stem way back to emoticons, where wit and the clever use of symbols like parentheses and colons came together to form similar emotions in a less polished fashion but, in my view, with far more creative interpretation opportunities.

The scale of the emoji ‘library’ has snowballed since 1999, so much so that by June 2017 the number had risen to 2,666, and continues to rise. But global usage across every platform comes with consistency and QC issues. This was spotted by Google when they adopted emojis back in 2007 and decided to tighten things up a bit, briefing the not-for-profit organisation Unicode Consortium to bring them into line. As a result, whether on PC or Mac, your emojis should look almost identical, albeit limited in numbers.

So where do new emojis come from? The reality is they could come from you, but you’d better have a pretty water-tight case for why your bikini wearing 2 headed frog would be a valuable addition to the family. And although it’s free to submit your idea, taking a quick look at the form on the Unicode emoji website may stem your excitement. And if you did manage to get one over the line, it could take a few years before you’d even get to see it on a phone near you. That said, you may be surprised to hear that only a few hundred are submitted each year, so the odds don’t look quite so bad!

Mark Davis, co-founder of the Unicode Consortium and who heads up the 12-man international emoji subcommittee, likens their approval process to ‘Gringotts in Harry Potter, with goblins working their way through the process in search of an elusive consensus.’

Inevitably, building a family of emojis to satisfy the whole world isn’t an easy task. The introduction of an emoji keyboard by Apple, allowing users to tailor a range of things like skin tones and family combinations, didn’t go down well with everyone. Various human rights groups condemned Indonesia when they tried to remove emojis of same sex couples, and Russia too felt that such emojis fell afoul of their controversial law that prohibits the promotion of non-heterosexual relationships.

According to Apple the most popular emoji among English-speaking iOS and Mac users in the United States is the ‘Face with Tears of Joy’, way ahead of the simple ‘Heart’ in second place – a statistic confirmed by other emoji-tracking metrics like Emoji Tracker.

Up until 2016 it was felt that the range of emojis didn’t represent women equally, in spite of the fact that 78 percent of women were reporting using emojis compared to 60 percent of men. But incredibly, until Google decided to rebalance things recently, every professional emoji was in fact represented by a man.

As with its predecessor the emoticon, users will always delight in finding ways to spice up their messaging by reinterpreting elements. One emoji that fell afoul of this was the eggplant, blocked by Instagram in 2015 after users began using it to depict parts of the human anatomy. Amazingly, the simple banana and peach somehow managed to slip through the net!