Sookio Labs: Should you use TikTok for your business? 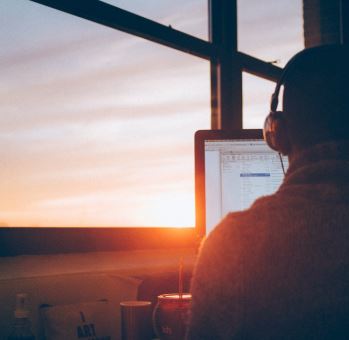 With over 800 million users, TikTok is one of the most popular social media platforms the world has ever seen. Sookio's Digital Marketing Assistant, Frankie Weaver, looks into whether it could help strike a chord with your customers.

TikTok is a music video social media platform where users watch and create clips, edit them, and add special effects. The most popular videos people make feature lip-syncing or dancing to their favourite tunes.

Back in November, 2017, Bytedance Technology Co, Ltd, a Beijing-based media and tech company, acquired Musical.ly for a reported $1 billion. Musical.ly later merged with its Chinese counterpart TikTok, which also belonged to Bytedance.

Musical.ly let you record homemade, 15-second music videos. You could expect to see ‘Musers’ singing, miming and dancing along to the beat of a song. Like Instagram and Snapchat, the app had funky editing tools which let users speed up or slow down their clips and overlay different filters over the top.

It’s 2019, and now Musical.ly is no longer. Instead, August 2018 saw the merger between Musical.ly and a similar platform by the name of TikTok to create, you guessed it, TikTok!

Why has TikTok had so much success?

Before the merger, Musical.ly already had 100 million users, while TikTok boasted over 500 million. This meant the newly rebranded TikTok already had a mass user-base.

Since the two platforms merged, that number of users has risen to over 800 million.

There are several reasons behind TikTok’s popularity worldwide. It’s short, the video is vertical (the way users naturally hold their phones), it’s mobile-first and focused on music – all very ingrained in young people’s lives.

Brands are encouraged to develop the app’s popularity by posting about it and getting involved by making videos themselves. Even celebrities like Cardi B, Jason Derulo and Khloe Kardashian have opened accounts, and the app has been showcased by celebrities on TV.

To me, TikTok is all about entertainment. Users want to be entertained, they want to smile and be made to laugh.

These days celebs have a giant fanbase. Whenever one of these big stars creates a video on TikTok their follower base will see it on every social media platform they’re on. You’re then creating this transition where all the fanbase from one platform will then hop over to TikTok and see what it’s about.

The word about the app goes around so fast, just one celebrity telling their fans about a video they made on TikTok can lead to millions of downloads.

Read the rest of this blog...

Sookio is a digital agency based in Cambridge, UK. We help our clients communicate with confidence through quality content for the web and social media.