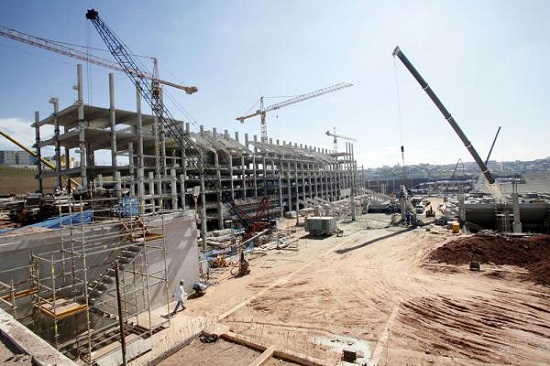 This week Colin Manktelow of NW Brown Wealth Management looks at Rio Tinto, the Anglo-Australian mining company, which announced last week that they were teaming up with China’s largest steelmaker, China Baowu Steel Group, to develop ways to reduce carbon emissions as part of the steelmaking process.

The move has come after continuing pressure within the industry to curb emissions and reduce the carbon intensity of industrial supply chains. The announcement follows Rio’s competitor, BHP, pledging to spend $400m earlier this year with the aim of reducing emissions from their operations. Steel manufacturing is reported to be responsible for between 7 and 9 percent of global carbon emissions.

The year so far has been reasonably positive for Rio, which declared a $1bn special dividend in August following its best half year profits since 2014. Much of the positive performance came off the back of the rising price of its key commodity, iron ore, which delivered 66 percent of Rio’s earnings in 2018.

While the recent update showed that the company continues to make good progress, the current uncertain prospects for the world economy could lead to further volatility for the shares. In particular China, the world’s biggest market for iron ore, has experienced a slowdown in growth rate which has impacted iron ore demand. This reduction in demand has led to a wobble in the iron ore price that has also impacted Rio’s share price.

Having said this, Rio Tinto, owns so-called “tier one” assets that enable cheaper ore extraction compared with the vast majority of its rivals. As a result, it benefits from industry-leading margins and should be less financially sensitive to lower prices. Investors will look to gain more clarity over the company’s progress at its capital markets day on 31st October.