Published annually by the PricewaterhouseCoopers Technology Centre at Menlo Park in California, the Technology Forecast is a widely respected and authoritative information source that examines emerging technology trends, new products, and key vendors from an executive IT perspective. The 1999 edition focuses on the enormous changes underway in the world of telecommunications and predicts the significant impact of technological advances and innovation on corporate IT organisations over the next one to three years.

'Businesses today face a rapidly changing technology landscape,' explained David King, contributing editor of Technology Forecast 1999 and presenter at the PricewaterhouseCoopers' Cambridge launch. 'Every aspect of the enterprise is evolving from hardware platforms and operating systems to telecommunications.'

Over the last decade, corporate executives and top IT managers have relied on the Forecast to enable informed strategic technology and business-critical decisions. This year's edition takes an in-depth look at telco issues and the impact on the Internet. With the volume of Internet traffic doubling every 100 days, the Forecast predicts that within the next two years, the volume of data traffic carried over the world's telecommunications infrastructure will exceed that of voice'.

According to Dr David C Nagel, the trend towards miniaturisation in everything from cellular phones to PCs will be one of the most significant issues in telecommunications over the next few years.

'The telecommunications industry is restructuring itself in much the same way as the computer industry did 20 or 30 years ago. Like the computer industry then, the larger telephone companies and PTTs were based on a vertical integration model. Companies did everything from manufacturing their own equipment to supplying telephone services, but now the model is of flatter organisations concentrating mainly on providing access networks.'

In addition to its special emphasis on telecommunications and bandwidth trends, the 1999 Technology Forecast examines many other sectors of information technology such as computer systems, microprocessors, and storage devices; software technologies including operating systems, databases, application development tools, and distributed object middleware; corporate applications such as data warehousing, packaged enterprise resource planning (ERP) suites; and e-mail, groupware, and document and knowledge management.

Copies of Technology Forecast 1999 are available free to clients of PwC. Otherwise, copies are charged at 278.00 per copy and can be ordered by contacting Mossy Kennedy on tel: 01223 552299, fax: 01223 552219 or Email: mossy.kennedy@uk.pwcglobal.com. To order over the Internet, refer to www.pwc-tech-forecast.com. 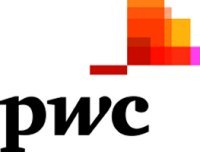 PwC is founded on a culture of partnership with a strong commercial focus.&lt;br&gt;&lt;br&gt; This is reflected in our vision: One firm - a powerhouse of a commercial enterprise that does the right thing for our clients, our people and our communities.