The company you keep: how partnerships affect employees 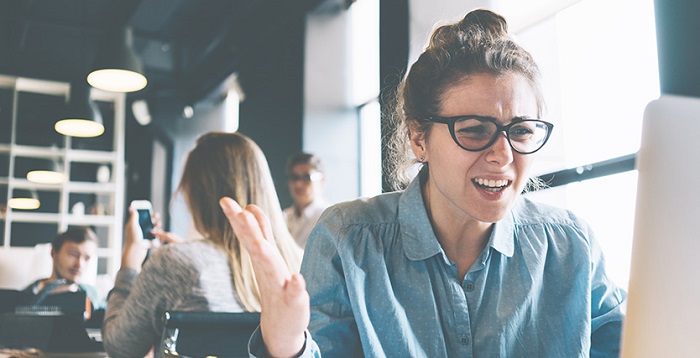 ‘We’re sponsoring what?’ Corporate sponsorship affects how employees view their firm and self, and the results can be surprising, finds a new study co-authored by Professor Jennifer Howard-Grenville at Cambridge Judge Business School.

Big companies ranging from Coca-Cola to Toyota to Visa often attach their names to sports or other events and causes in order to encourage brand allegiance – and these firms are all major sponsors of the ongoing Winter Olympics. There have been many analyses of such corporate sponsorship, which exceeded $62 billion globally in 2017.

A new study just published in Academy of Management Review takes a very different approach: instead of looking at the effect on consumers, the paper examines how such “horizontal partnerships” affect the organisational identification (OI) of employees of the sponsoring company itself. The paper asks how a company’s partnerships influence the overlap an employee experiences between her sense of self and her work organisation, and the value she derives from being a part of that firm.

These horizontal partners can not only serve as a prism through which employees view their organisation, but can also convey or shape the “commitments, meanings and associations that an employee perceives as central to his OI,” the study says.

Such outcomes can be surprisingly positive or negative: partnerships that initially strike employees as unrelated to their organisation’s core activity may have an unexpectedly positive effect on OI by prompting the employee to look at their firm in a new way, perhaps seeing it as much more closely aligned with their personal commitments. Conversely, employees may react negatively to well-intended charitable partnerships that support a cause the employee does not personally champion, or that demand “overidentification” (through, for example, forced volunteering) and blur the work-home boundary.

About 70 per cent of sponsor partnerships in North America are in sports, with entertainment a distant second at 10 per cent (with similar percentages globally). In 2015 alone, 122 US companies spent more than $15 million each on partnerships.

“The study focuses on how an employee’s organisational identification is naturally entwined with these horizontal relations,” says co-author Professor Jennifer Howard-Grenville, Diageo Professor in Organisation Studies at Cambridge Judge Business School, University of Cambridge. “We knew anecdotally that some employees – particularly new recruits – might identify more with the events or sports teams their bank (for example) sponsors, than with the bank itself. So, we asked how horizontal partnerships bring other aspects of employees’ lives into their relationship with their employer.”

As the study concludes, given the ubiquity of sponsorships and partnerships: “One might begin to think of OI as occurring within an ecosystem of organisations, of which the employing organisation is but one, albeit important, part.”

The study uses “congruence” to describe an employee’s assessment of how her organisation and an external partner fit together.

For example, Wilson sporting goods’ sponsorship of Little League Baseball would have high congruence with Wilson employees, reflecting their understanding of the organisation, while Chevrolet’s $600 million deal with UK soccer club Manchester United may not hold such congruence for many Chevrolet workers in the US who may be more attuned to the Detroit Pistons pro basketball team.

“When congruence is either high or low, this can trigger an employee to evaluate his sense of self in relation to the employing organisation,” the study says. “High congruence can affirm, while low congruence raises questions about, an employee’s understanding of who his organisation is.”

However, low congruence can have positive surprises for some employees: Toyota’s 2016 sponsorship of the Special Olympics, which empowers people with intellectual disabilities, may have signalled that the company is more inclusive than previously understood or intended to become more inclusive. This could, in turn, draw Toyota employees who value diversity and inclusivity – a message Toyota continues to strongly convey in its 2018 Winter Olympics sponsorship – closer to their employer.

Because sponsorships are typically high profile and communicated widely, the authenticity of the relationships is also important. The partnership between pharmaceutical firm GlaxoSmithKline (GSK) and charity Save the Children to provide 1.3 million children with medical help was seen by 96 per cent of GSK employees as making them proud to work at the company, while Kentucky Fried Chicken’s “Buckets for the Cure” sponsorship of breast cancer charity Susan G. Komen was widely criticised internally and externally as inappropriate for a fried food firm.

“When key audiences view an organisation’s partnership as inauthentic,” the study said, “it can even lead to a ‘flipping’ of the effect” – so that employees initially inclined to increase their identification because they value the partnership’s message, actually decrease it when outsiders decry the partnership.