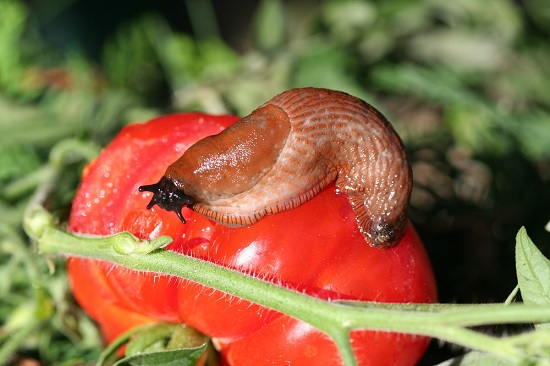 Slugs are on the increase and they are getting more determined. The first real sign of the scale of the problem was seen during the warm wet weather of 2012, which triggered an invasion of slugs not previously seen in the UK.

The John Innes Centre (JIC) warns new thinking is needed if we are to protect valuable food crops from future attacks and this is the subject of the January Pollinator.

Dr Jonathan Clarke, Business Development Manager at JIC, explains: “The former HGCA estimated that the UK loses £100m pa through slug damage to arable crops; for oil seed rape around 59% of the total area is affected by slugs.

“Many of the chemicals traditionally used to control slugs and flea beetles are being withdrawn from use because overuse may cause environmental damage. For example, one common molluscide Methaldehyde contaminates 81 of the country’s 647 reservoirs. Without these pesticides, however, the problem is going to get worse; we have already seen an increase in flea beetles this year, which had been virtually eradicated.”

The slugs are also getting more deadly. In 2012 East Anglia experienced infestations that were truly extraordinary, with large slugs being seen in their hundreds in many gardens!

One of these gardens belonged to Dr Ian Bedford, Head of Entomology the JIC on the Norwich Research Park. He found masses of brown, black, fawn or mustard coloured slugs up to 15cms long every morning on his lawn and suspected something odd was going on. Although these slugs looked like a native Arionid species, such as Arion ater (The Black slug) and A. rufus (The Red slug, which also display a wide range of colour forms), they certainly weren’t behaving like them.

Dr Bedford says: “Native Arionids are usually found in small numbers within damp environments where they mainly feed on decaying vegetation, whereas the invading slugs were active during daylight. They were also being seen on dry paths and were eating plants and vegetables that native slugs normally avoided. Onions, beans, turnips, cabbages and even garlic leaves were being consumed along with a vast number of seasonal ornamental plants. The invading slugs were also observed eating dead animals, dog faeces and bird food.”

He sent the slugs to Dr Les Noble, a malacologist at Aberdeen University, who identified the slugs as Arion vulgaris, The Spanish slug.

This was the first time that the Spanish slug had been officially recorded in the UK, and signalled the appearance of a serious new problem for growers and gardeners alike. The Spanish slug can protect itself from pesticides and predators by oozing a thick slime.

Dr Clarke says that the JIC has created a colony of native and invasive Spanish slugs and these are complemented by an assay platform that can be used to test the effectiveness of new molluscicides.

“The race is on to find target specific chemicals to improve defence against these pests,” says Dr Clarke. “We have been working with a number of companies to develop new control agents, one of which is an existing compound currently in agricultural use.

Bugs can also be beneficial and also speaking at the Agri-Tech East Pollinator meeting will be Dr Uta Paszkowski from the University of Cambridge Department of Plant Sciences, who will be explaining how a common soil fungus can trigger the growth of plant roots by enabling plants to absorb more nutrients, creating a bio-fertiliser.

She says: “The research also found that mycorrhizal fungus can enmesh itself in the crop roots at a cellular level, pumping nutrients straight to the heart of the plant cells.

“Plants ‘colonised’ by the fungi get between 70 to 100% of their phosphate directly from these fungus tendrils – an enormous mineral boost.”

Also speaking at the Pollinator will be Dr Thomas Wood, Senior Molecular Pathologist at NIAB.

“The Good, the Bad and the (B)ugly” is to be held at the Centrum, Norwich Research Park on 19th January at 16.00. Further details are available from http://www.agritech-east.co.uk/events/