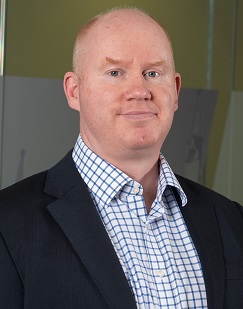 The EY ITEM Club Summer Forecast has significantly downgraded the near-term economic outlook for the UK, with GDP now expected to contract by 11.5% over the course of 2020.

This compares to the 8.0% contraction predicted just last month in the EY ITEM Club’s Interim Forecast, and almost double the 6.8% contraction expected in April’s Spring Forecast.

With hopes of a V-shaped recovery fading, the UK economy is now not expected to match its Q4 2019 size until late-2024 – much later than the early-2023 prediction from the June forecast. Additionally, the EY ITEM Club now expects the Q2 GDP contraction to come in at a record 20% – a sizeable downgrade from the 15% contraction predicted last month.

Positively, growth prospects for 2021 have been raised slightly, with the economy now forecast to grow 6.5% over the year, up from the 5.6% predicted in June’s forecast, and up from 4.5% in April’s forecast. The EY ITEM Club expects the economy to return to growth in Q3 2020 with expansion around 12% quarter-on-quarter (q/q).

The downgrades to the EY ITEM Club forecast for 2020 have been largely driven by weaker-than-expected growth of just 1.8% in May, with the services sector particularly hampered by COVID-19 even as restrictions ease.

Howard Archer, chief economic advisor to the EY ITEM Club, comments: “Even though lockdown restrictions are easing, consumer caution has been much more pronounced than expected. We believe that consumer confidence is one of three key factors likely to weigh on the UK economy over the rest of the year, alongside the impact of rising unemployment and low levels of business investment.

“The UK economy may be past its low point but it is looking increasingly likely that the climb back is going to be a lot longer than expected. May’s growth undershot even the lowest forecasts. By the middle of this year, the economy was a fifth smaller than it was at the start. Such a fall creates more room for rapid growth later, but it will be from a much lower base.”

Unemployment rate set to more-than-double by end of 2020

The EY ITEM Club forecasts that the unemployment rate will rise to around 9.0% in late-2020 and early-2021, up from 3.9% in the months to May. This is also expected to contribute to more subdued levels of consumer spending. The EY ITEM Club forecasts consumer spending to fall 11.6% over the course of 2020, before rising 6.6% in 2021 as the labour market starts to recover.

Howard Archer says: “The labour market’s performance is key to the economy’s prospects over both the short term and further out. Job losses and poor real wage growth are expected to hold back consumer spending, although the Chancellor’s instinct to focus on jobs in his Summer Statement should provide some support. It is possible that the Chancellor will look to provide further help for the labour market in this autumn’s budget.”

Business investment subdued for 2020 before slight pick-up in 2021

The EY ITEM Club’s Summer Forecast predicts that business investment could fall 22.3% over the course of 2020. Despite a forecast of overall growth in business investment of just 1.3% in 2021, significant q/q improvements are expected as the year progresses.

Stuart Wilkinson, Office Managing Partner at EY in the East of England (pictured), comments: “Government measures have provided significant short-term support, but many businesses are waiting for more certainty over the economic outlook before making longer term investment decisions. The Government has set out a vision around infrastructure, skills and innovation but the detail isn’t yet available. With lower demand and margins under pressure because of the need to spend on modifying workplaces, products and consumer experiences so that they’re COVID-safe, there’s a risk that the current uncertainty could lead to a fall in long-term investment.

“While short-term support measures announced so far have been unprecedented, more direct support is likely to be needed in the future. Policies such as VAT cuts are welcome, but they aren’t a complete solution, as they don’t resolve the concerns consumers may have about going to restaurants and bars in the first place.”

According to the Summer Forecast, the EY ITEM Club is expecting Government investment to increase 4.3% over 2020, with public spending rising by 2.5%. Meanwhile, the budget deficit (measured by Public Sector Net Borrowing excluding banks – PSNBex) is set to hit £335bn for 2020-21 – 16.9% of GDP and six times higher than the £54.8bn forecast by the Office for Budget Responsibility at March’s Budget. Government investment is forecast to increase 13.5% in 2021.

Finally, the EY ITEM Club expects a further £100bn round of Bank of England asset purchases to be announced in the autumn (taking total purchases to approximately £845bn) – but further interest rate cuts below the current 0.1% are seen as unlikely.

Howard Archer concludes: “The economic outlook remains highly uncertain, with significant revisions to forecasts and official data becoming the norm, but the short-term outlook is certainly gloomier than it was.

“The Treasury and Bank’s fiscal and monetary stimulus has helped, and there should be a fair degree of pent-up demand from consumers, aided by low inflation in the near-term. Global economic activity should also be stronger later in the year as economies’ recoveries kick into gear. That said, the labour market will take time to recover from 2020’s job losses. This will have a dampening effect on consumer spending.”