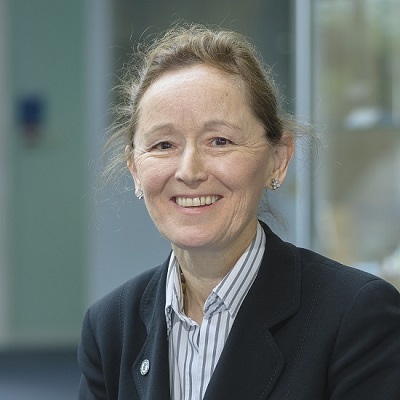 The Welding Institute is pleased to announce the winner of this year’s Brooker Award for Outstanding Personal Contribution. The coveted award, which is sponsored by Johnson Matthey PLC, is made in recognition of a personal contribution to the science, technology and industrial exploitation of materials joining.

Named in memory of Harry Brooker, who was instrumental in introducing low temperature silver brazing alloys into British industry in 1935 and went on to become a Chief Executive and Managing Director of Johnson Matthey, the award recognises high industrial, research or educational responsibility of a character which has beneficially influenced the advancement of materials joining technology.

Isabel joined TWI in 1992, after a first degree from Cambridge, PhD from Sheffield, and work in the nuclear power, offshore engineering and steel industries. Isabel managed TWI's Fracture Integrity section from 1997 to 2013.

As Technology Fellow, Isabel’s work has centred on the development and application of analytical flaw assessment techniques (BS 7910, R6, FITNET, etc) and includes chairing the committee that develops and maintains standard BS7910. Isabel is also a member of the RS (UK nuclear assessment procedure) panel and the co-author of the European FITNET fitness-for-service procedure.

In 2016, Isabel took up an additional post as Visiting Professor at the University of Bristol under the Royal Academy of Engineering scheme.

Isabel’s decades of commitment to the assessment of flaws in metallic structures has seen the technology move from a niche area to one that is an established and routine part of weld procedure in many industries.

Speaking on her award, Isabel thanked her colleagues, adding, ‘I am highly honoured and look forward to the event on the 3rd July.’

Dr Hadley was nominated by her TWI colleague, Philippa Moore, who will herself be honoured with a Special Recognition Award at this year’s ceremony.

Find out more about the Welding Institute’s annual awards here, or contact us for more information.