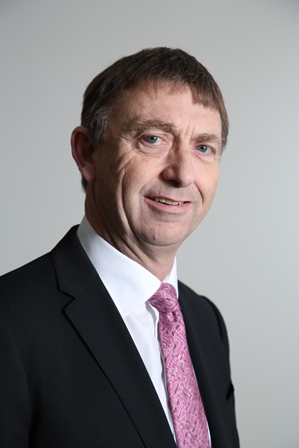 Nick Gomer has recently been appointed Office Managing Partner in EY’s Cambridge office, returning to lead the regional practice across the East of England.

Nick has been an audit partner at EY for 24 years, based in EY’s London office for the past 15 years and prior to that spent a number of years working across EY’s regional offices in the South of England: including Luton, Norwich and Cambridge.

In 1997, Nick was appointed Office Managing Partner of EY’s Cambridge and Norwich offices, overseeing the management of these two practices from 1997 to 2001.

With a wealth of experience working with a range of businesses across the East of England and wider South region, Nick is well-positioned to replace long-standing partner, Cathy Taylor who left the firm in December 2015.

Commenting on his appointment, Nick Gomer said: “I’m delighted to be returning to the East of England to lead our regional practice in Cambridge.

“Having previously held the position of Office Managing Partner in Cambridge back in 1997, it’s fantastic to see how much the regional practice has grown over the years and I look forward to carrying on the momentum by continuing to build our local team by bringing in the best talent and getting out into the market to build relationships with existing and future clients.”

A year of investment

2015 has been a year of investment for EY in the East of England, with a number of senior appointments: Stuart Wilkinson joined as a partner from KPMG to lead EY’s Business Tax Advisory practice in Cambridge and James Turner was promoted to Director.

The firm also employed a record number of graduates, with 26 new graduates joining the Cambridge office in 2015, and welcomed half a dozen 16-17 year olds on a three-week paid internship over the summer.

Nick Gomer comments: “Our people are at the heart of our organisation and EY is all about recruiting and retaining the brightest and best talent from all walks of life and creating a working environment in which they can thrive.

“This year, we’ve appointed a new partner and director to our senior leadership team in Cambridge, who along with the large number of graduate, school leaver and experienced hires we took on, will help to grow our business in the years to come.”

EY continues to accelerate investment in Cambridge and the East of England and is starting to make headway in support of the firm’s Vision 2020 ambition to double the size of its business. Over the past 12 months, EY has increased capability across the firm’s service lines of assurance, tax, transaction and advisory services and grown its people headcount by 18% in response to market demands.

Nick Gomer says: “The East of England is an important market for EY and as market confidence further increases, we’re seeing increased demand from our clients to help them drive growth in the UK and internationally.

“EY’s Cambridge office has seen strong performance throughout 2015 and is in line with the UK firm’s expansion, which saw the firm break the £2b milestone in the UK.

“As a firm, and from an East of England perspective, we’ve got real momentum and over the coming years we’ll continue investing to help our clients, communities and people thrive.”