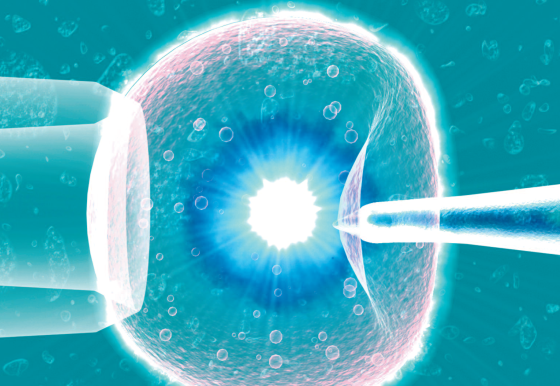 More than £1 billion in funding has been raised by companies with roots in Cambridge research, according to year-end results from Cambridge Enterprise, the University’s commercialisation arm.

“The amount of follow-on funding raised demonstrates the market’s confidence in our portfolio companies, and also shows the importance of the early-stage support and funding which Cambridge Enterprise provides.”        — Dr Tony Raven﻿

Cambridge Enterprise works with University inventors and entrepreneurs to get young, high-risk companies to the stage where they can attract outside investment, through mentoring, planning advice and seed funding.

The £1 billion funding figure, which can be found in the full end-of-year report, shows that many go on to flourish despite the uncertain basis on which they start out. Indeed, the new results also show that the three-year survival rate for companies receiving investment from Cambridge Enterprise is 80 per cent, compared with the national average of 58 per cent.

“Cambridge spin-outs are developing solutions in cancer treatment, renewable energy and in vitro fertilisation,” said Dr Tony Raven, Chief Executive of Cambridge Enterprise. “The amount of follow-on funding raised demonstrates the market’s confidence in our portfolio companies, and also shows the importance of the early-stage support and funding which Cambridge Enterprise provides.”

One of the most successful companies in the Cambridge Enterprise portfolio is BlueGnome, which was co-founded by Dr Nick Haan, a former PhD student and post-doctoral researcher in the Department of Engineering. The company, which is one of the fastest-growing biotechnology companies in the UK, has developed technology which has been shown to increase IVF success rates by 65% over current methods. In September 2012, it was acquired by US-based life sciences company Illumina for $95 million. The University’s proceeds from the sale will be returned to the ‘evergreen’ seed funds managed by Cambridge Enterprise, and will support the next generation of Cambridge spin-outs.

One important area of future growth is stem cells. The University is a world leader in stem cell research, and commercial opportunities are now starting to be developed. DefiniGEN, founded by a group of researchers from the Anne McLaren Laboratory of Regenerative Medicine led by Dr Ludovic Vallier, is supplying stem cells to the drug discovery and regenerative medicine sectors, where they will be used to model a range of diseases and accelerate the development of new treatments.

The University is at the heart of one of the most productive technology clusters in the world. The 1,500 companies in the cluster have a combined annual turnover of £11.8 billion and employ more than 53,000 people. The vast majority of these companies are connected to the University in some way: they are either based directly on University research, are founded or staffed by University graduates, or work collaboratively with University researchers to find solutions to business problems.

The Cambridge Enterprise team supports more than 1,000 University researchers at all stages of the commercialisation process, from forming new companies to supporting translational funding applications. Supporting University researchers in obtaining the funding to progress their research has become an important area for Cambridge Enterprise: this year, more than £17.5 in translational funding was won by University researchers with the support of the team. This funding is helping develop new therapies and treatments for conditions which affect millions worldwide, including liver disease, chronic pain and healthcare-associated infections.

Cambridge Enterprise’s total income from licensing, consultancy and equity transactions for the year ending 31 July 2012 exceeded £9.1 million, with £7.5 million of that amount returned to the University, departments and researchers. The team completed 84 licences, signed 201 consultancy contracts and returned more than £162,000 to its seed funds.