Cambridge Ahead announces progress after 6 months 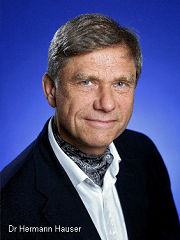 Since its launch in November 2013, Cambridge Ahead has been very busy in its three project areas and in the key task of growing membership. Taking stock after six months’ existence is considered an important step in confirming the progress and direction of the business and academic member group.

The first agenda item, Promoting Cambridge, has seen its project team members working on three initiatives – planning the development of a brand for Cambridge, seeking ways of bringing coherence to the various public and private marketing initiatives, and exploring ways of obtaining more and better data that can be used to provide information to promote Cambridge.﻿

﻿The second project, Quality of Life, has seen the team working with one of its newest members, RAND Europe, and YouGov to establish what people in the city region think needs improving in their quality of life. A number of key issues have been identified that are expected to feature in the survey results including Housing, Transport, Healthcare and Employment. Meetings with experts have taken place to establish where Cambridge Ahead could make a real impact on improving quality of life.

The third project, Cambridge Growth, is still at its early stages. The vision is for a 20-30 year plan for the city region and meetings with other stakeholder bodies such as the LEP and the Councils are being held. Data too features heavily here, an example being using it to identify current barriers to growth in the sub-region and how they might be overcome.

Internally, Cambridge Ahead is also changing. Its inaugural Chair, Jeremy Newsum, is stepping down after his planned six-month term, although he will continue to be a key supporter of the group. Ian Mather (Partner, Head of Office – Cambridge) of Mills & Reeve will succeed him. A very important addition to the group is Dr Hermann Hauser (pictured), who is to become the third Honorary Vice-Chairman. In terms of growth of Cambridge Ahead, having launched with 19 member organisations, the business and academic member group now has 28, with several other companies showing interest in joining.

More details of Cambridge Ahead at six months can be found in the April Newsletter.﻿﻿