From January 2014, Bulgarian and Romanian nationals are free to work across the EU as immigration limits imposed by some countries are relaxed. 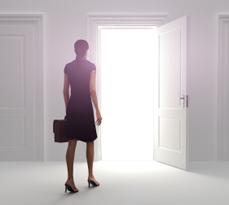 From January 2014, the two nations come into full inheritance of the EU citizenship they gained in 2007. Inevitably, there has been controversy in the UK media about potential migration numbers. Seldom heard in these debates is the voice of young people from the two countries. Here, three Cambridge Judge Business School alumni give their views.

"Keep calm and ignore Farage! The number of new immigrants expected from Romania and Bulgaria is absurdly overblown – there will be no flocks of these nationals rushing to the UK after January 1st.

“The politicians are well aware of that. But in light of upcoming elections they will want to use the actual low immigration levels (compared to the forecasts) to show UK voters the great job they’ve done with their ‘timely measures’ (e.g. a three month residency before benefits can be claimed up to a maximum of six months).

“As a result of all this negative rhetoric, however, well-educated and skilled young people from the new EU entrants will undeservedly experience discrimination in the job market. The Bulgarians moving to Great Britain in 2014 (they have been doing so in small numbers since 2007) will not be exploiting the social system but seeking better work opportunities. In the process they will pay taxes, contribute to the economic growth, and even create jobs in the UK.”

Our Romanian Executive MBA alumnus has asked to remain anonymous:

"I work in a very political environment and I can understand how and why this topic kept UK politicians busy, and why the media was a bit ‘intoxicated’ on this subject. It is part of a wider political battle with the EU with regard to the principles of the single market and other future developments.

“Unfortunately, there is now a very negative perception among UK citizens, which will be very difficult to change. And this change in perception will be only possible when the UK media and politicians reflect the reality of the benefits that eastern European immigrants have brought to the UK economy. All the analysis so far is based on assumptions and usually wrong assumptions (e.g. the continuous comparison with Poland and the number of Polish migrants is totally unfounded).

“I would also raise some questions for debate (from the point of view of equality and fair treatment): why should the UK decide on stricter measures for new EU migrants? Why would these measures not apply to all migrants? Also, why have restrictions only for migrants? Why not for UK citizens as well, when it comes to social benefits? There is nothing to prevent the UK setting up a better and well controlled immigration policy, as long as the applicable laws are respected and apply equally to all.”

"In my view, the myth that UK will be overloaded by Bulgarians and Romanians in 2014 will fall apart very soon. I have followed the immigration disputes in Europe and the UK, in particular. For me personally, the treatment of the two nationalities, Romanian and Bulgarians, by some media and politicians is humiliating. Some of the statements I have read in the UK media showed significant ignorance with regard to the two countries.

“What I have noticed in last two years is that there is a very little knowledge about the Balkans generally, including Bulgaria and Romania. This lack of information for British citizens, in my view, creates a very good environment for manipulation of their opinion. The European commission has already reported that immigrants from the two countries will pay more taxes than they will claim in social benefits. For us it is very common that, in the family, the two partners work, so you can expect that a couple coming to work in the Uk will both contribute in taxes to the UK economy, rather than being a burden on it.

“I agree that UK should take steps to protect its tax payers against people who want only to claim benefits and not to contribute, but these steps should be taken in a way which will not restrict qualified workers from migrating freely. Free migration within the EU is one of the major benefits for all of being an EU member.”