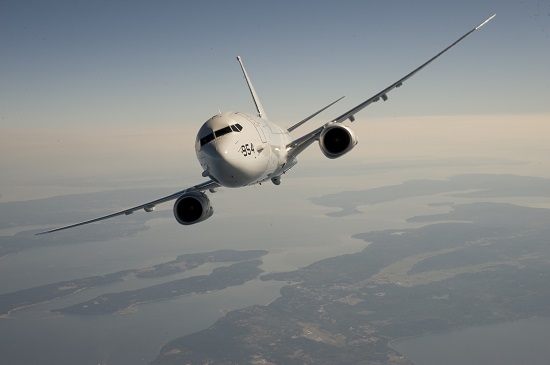 Boeing has presented Marshall Aerospace and Defence Group with a Supplier of the Year award for its performance on the P-8 maritime patrol and reconnaissance aircraft.

“I am delighted to be able to congratulate Marshall Aerospace and Defence Group on this award for their high-quality performance on the Boeing P-8 maritime patrol aircraft,” said Sir Roger Bone, President of Boeing in the UK. “Marshall is one of the historic names in the UK aerospace industry and a long-term partner of Boeing, so I am particularly pleased that they have been recognised.”

Boeing has more than 23,000 suppliers around the world and Marshall was one of only 15 businesses and one university to receive a Supplier of the Year award, presented during a ceremony in Chicago on 18th April 2014.

“We are thrilled to have won this prestigious award – it recognises the dedication, determination and focus on delivering on our promises,” said Steve Fitz-Gerald, CEO of Marshall Aerospace and Defence Group. “For over a century we have consistently put our customers first, and this emphasis will continue.”

The P-8 maritime patrol aircraft is a military derivative of Boeing’s Next Generation 737-800 and total orders for the P-8 platform could exceed 200, worldwide. Fitz-Gerald continues: “Working in the true spirit of partnership with Boeing, we have delivered outstanding levels of engineering excellence to support the most advanced maritime patrol aircraft in the world - this is something of which we are all truly proud.”

Michael Fallon, Minister of State for Business, said: "I am delighted that Marshall’s performance as a UK supplier to Boeing has been recognised with this extremely prestigious award. Companies like Boeing set demanding standards for their supply chains and I congratulate Marshall on this success, which I know results from a huge amount of effort and hard work.”

Image: Boeing has presented Marshall Aerospace and Defence Group with a Supplier of the Year award for its performance on the P-8 maritime patrol and reconnaissance aircraft.﻿