PraxisUnico celebrated 10 years of success and was delighted to have as its keynote speakers the Rt Hon David Willetts MP, Minister of State for Universities and Science and Sir Richard Lambert, the former Director-General of the CBI (currently Chancellor of the University of Warwick) at a House of Commons reception for 170 key sector stakeholders. This reception marked 10 years of technology/knowledge transfer training by PraxisUnico. 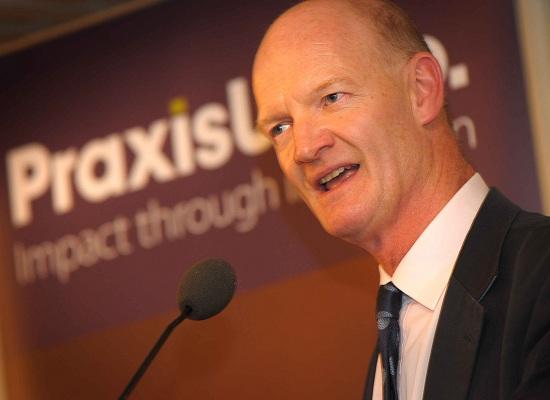 Speaking at the reception ealier this week, Dr Douglas Robertson, PraxisUnico Chairman said: “Tonight’s event is a great opportunity for those universities and public sector research organisations who have been - and who are currently - involved in the commercialisation of research and collaboration with industry over the past 10 years to engage directly with the Minister on key issues facing the sector.  It is also an opportunity for us to listen to the Minister’s immediate priorities, including the role that we, in knowledge transfer, need to play.

"Sir Richard was involved in the sector at a time of great change, his 2004 Review was pivotal in that change, and we are honoured that he is able to join us to celebrate its successes.

"This, the 10th anniversary celebration is an important milestone in technology and knowledge transfer both in the UK and internationally.  It comes at a time when the overall income for technology and knowledge transfer activities in UK universities has reached £3.3bn.  Since 2002 over 50 university spin-out companies have gone to IPO or trade sale at a value of £15bn and over £750m generated in intellectual property revenues.  The key about the latter figure is that this means that companies exploiting technology from universities have generated many billions of pounds of products and services on which that revenue is based.  Internationally, PraxisUnico is much in demand1 to offer training to build the skills and competencies in those tasked with commercialising the outputs of academic research in other countries.

"PraxisUnico has trained over 2500 people in the last 10 years and this combined with the quality of our science base, higher education’s commitment to knowledge exchange and continuity of government knowledge exchange funding has been critical to the UK’s success.

"I would like to thank the Minister and Sir Richard for speaking at tonight’s event.”

The Rt Hon David Willetts MP said, “It’s great to be here tonight to celebrate 10 years of innovation supported by PraxisUnico. PraxisUnico’s 10th anniversary comes at a time when UK universities were also celebrating last week a move from 10th to 8th position in the league2 and second position in the world. The coalition’s industrial strategy is one of the crucial sources of our competitive advantage. Our universities are at the start of this process.

"You [the technology/knowledge transfer community] should be proud of what you have achieved.”

Sir Richard Lambert added, “The landscape has transformed and PraxisUnico has had a critical part in achieving that but even with the achievements to date there is still more to be achieved, we are really only in the foothills.”

Dr Robertson urged those attending to continue to embrace change, saying, “UK knowledge transfer is the envy of the world. Industry is attracted by the UK’s flexible approach to innovation and its open ways of working with knowledge and resources are building this outstanding reputation. PraxisUnico continues to forge relationships and partnerships internationally to share UK excellence in technology/knowledge transfer.  Here is to the next 10 years.”

In his closing remarks, Dr Robertson announced that Dr David Secher and Ms Lita Nelsen, joint founders of Praxis3, would become Patrons of PraxisUnico in recognition of their exceptional and significant contribution to Praxis and PraxisUnico over the last 10 years.  He also thanked the reception’s sponsors, IP Group, Marblar and MRCT for their generous support. 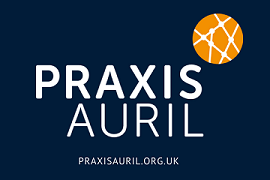