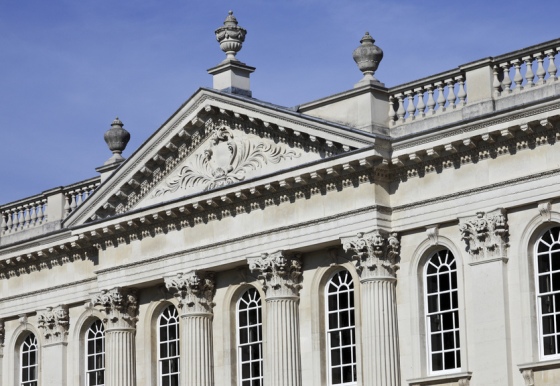 The University of Cambridge Enterprise Fund has made its first investments in three companies: Cambridge CMOS Sensors, Inotec AMD and DefiniGEN.

Cambridge CMOS Sensors is based on research from the Department of Engineering. The company aims to be a leading manufacturer of mid-infrared emitter, and technology provider of CMOS MEMS structures such as basic and smart micro-hotplates, semiconductor sensors (gas sensors, mechanical sensors, temperature sensors & flow sensors) and nano-MEMS and nanosensors.

The company’s technology is a platform that allows fabrication of highly advanced sensing structures at a fraction of the cost of the present technologies. The company currently has a range of low power consumption, low cost products and is actively working with multi-national companies and involved in leading edge R&D projects for the next generation of micro and nanosensors.

Inotec, a spin-out from the Department of Materials Science & Metallurgy, specialises in the treatment of chronic wounds. Growing numbers of people, especially the elderly, suffer painful, debilitating wounds for five years or more. The treatment of these wounds consumes up to 5% of total healthcare budgets.

The company is based on a combination of fuel cell technology developed by Professor Derek Fray and a novel system for distributing oxygen over a chronic wound. Inotec has developed a portable, rechargeable battery powered oxygen generator about the size of smartphone which provides pure humidified oxygen using its own consumable oxygen delivery web.

DefiniGEN is one of the first commercial opportunities to arise in the area of stem cells. The ability to generate stem cells by reprogramming cells from patients’ skin has revolutionised this area of research. These cells, known as human induced pluripotent stem cells (hIPSC), can be differentiated into almost any cell type, allowing the opportunity to have a ready source of human cells for testing new therapies.

DefiniGEN has been formed to supply hIPSC-derived cells to the drug discovery and regenerative medicine sectors. The company is based on the research of Dr Ludovic Vallier, Dr Tamir Rashid and Professor Roger Pedersen of the Anne McLaren Laboratory of Regenerative Medicine.

The hIPSC-derived cells produced by DefiniGEN show many of the functional characteristics of primary cells, are highly reproducible and can be made in large quantities, making them ideal for liver toxicity testing, which is a major cause of drug candidate failure.

Jonathan Milner and other local angels have formed a syndicate with the Enterprise Fund to support this exciting new venture.

The SEIS was announced in the 2012 budget as part of the government’s strategy for stimulating economic growth. The scheme allows individuals to invest in new companies while benefitting from generous tax incentives. Cambridge is the first university to have its own SEIS Fund, and the first to combine it with the EIS. The Fund is managed by London-based investment firm Parkwalk Advisors, on behalf of Cambridge Enterprise, the University’s commercialisation arm.

University entrepreneurs who are interested in applying for funding, or would like further information, are asked to contact Cambridge Enterprise’s Seed Funds team on 01223 763723 or CESF@enterprise.cam.ac.uk.

Potential investors who would like further information on the next University of Cambridge Enterprise Fund, which will be launched in early 2013, are asked to contact Parkwalk Advisors on 020 7759 2285 or UoCEF@parkwalkadvisors.com.