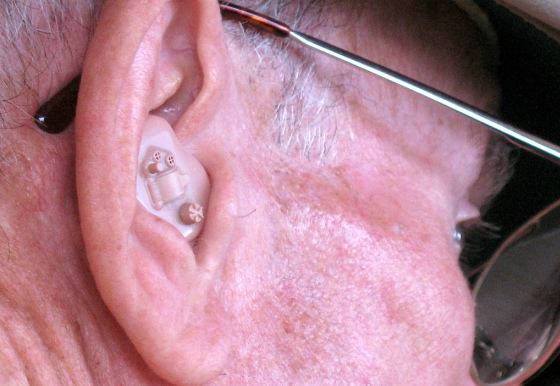 A new software product developed by researchers at the University of Cambridge could greatly improve sound perception for users of hearing aids.

The software prescribes the amount of amplification of high-frequency sounds required to restore the audibility of such sounds. This increases the frequency range of sound that individuals with hearing loss are able to detect, improving speech perception, sound localisation and the ability to hear certain musical sounds, when compared with current methods. Results of an evaluation of the software were published recently in the journal Ear and Hearing.

Approximately ten percent of the UK population has hearing loss great enough to cause them problems in everyday life. As hearing loss usually increases with age, the proportion of individuals with hearing loss will increase rapidly as the population ages in the coming decades.

The main treatment for hearing loss is hearing aids, which amplify and sound for the wearer in a frequency and level-dependent manner. In order for users to get the full benefits of a hearing aid, the device must be adjusted according to the wearer’s pattern of hearing loss. The concept is similar to adjusting glasses for vision loss; however even a properly adjusted hearing aid will not completely restore hearing to normal.

Hearing loss typically occurs at high frequencies, and individuals with hearing loss can only hear comfortably within a small intensity range at those frequencies. While the threshold for detecting a certain sound may be higher for someone with hearing loss, the level at which sound is uncomfortably loud is often similar for individuals with hearing loss and those with normal hearing. To deal with this problem, hearing aids split sound into large numbers of frequency channels, or bands. Within each band, weak sounds are amplified while strong sounds are not. This is called multi-channel automatic gain control.

Researchers at the University of Cambridge have developed CAM2, a new method of fitting automatic gain control based on the audiogram of the user. An audiogram shows an individual’s threshold for detecting sound at different frequencies.

“Until recently, hearing aids only provided amplification for frequencies up to four or five kHz, whereas a person with normal hearing can hear for frequencies up to 15 or 20 kHz,” said Professor Brian Moore of the Department of Psychology, who led the development of CAM2. “Manufacturers have recently released hearing aids that can amplify frequencies up to 8 or 10 kHz, but existing fitting methods do not give any recommendations for those higher frequencies.” The CAM2 method, however, extends the fitting range up to 10 kHz.

A recent study compared the CAM2 method with NAL-NL2, which is a fitting method used by the NHS and many other health organisations worldwide. Judgments of overall sound quality were obtained for male and female speech in both quiet and noisy environments, and for four different types of music (classical, jazz, a man singing and percussion). Most participants in the study showed a preference for CAM2, both for overall sound quality and for the clarity of speech in a noisy situation. Further studies are planned over the coming months, in order to test more subjects with a wider range of hearing loss.

The CAM2 software is being commercialised by Cambridge Enterprise, the University’s commercialisation group.