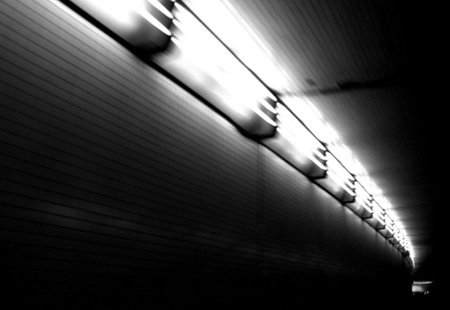 A team from the University of Cambridge Centre for Smart Infrastructure and Construction have developed a mechanical amplifier to convert ambient vibrations into electricity more effectively, which could be used to power wireless sensors for monitoring the structural health of roads, bridges and tunnels.

“Wireless sensors are one way to better look after infrastructure, and it’s something that industry is interested in doing, but batteries are always the sticking point.” — Kenichi Soga﻿

Undetected structural problems in aging infrastructure can be disastrous, such as the recent incident in the busy Sasago tunnel west of Tokyo. Nine people were killed when huge chunks of concrete began to fall from the roof of the tunnel, starting a fire and trapping people in their vehicles. Thankfully, such incidents are rare, but the ability to determine when structural problems may become a threat to public safety is a major priority for government and industry.

The Centre for Smart Infrastructure and Construction (CSIC) was established in 2011 to develop and commercialise new technologies designed to make smart infrastructure possible, primarily through the development of new sensor and data management technologies, which will enable continuous monitoring of our roads, tunnels and bridges.

A new device designed by researchers in the CSIC could allow this type of observations by converting the vibration experienced by structures into electricity, in order to power small remote monitoring devices in locations where access is limited, such as inside a tunnel or underneath a bridge.

“Wireless sensors are one way to better look after infrastructure, and it’s something that industry is interested in doing, but batteries are always the sticking point,” says Professor Kenichi Soga, who designed the device with Dr Ashwin Seshia and Yu Jia, a PhD student in Dr Seshia’s group. “It’s not the cost of the batteries that is the issue; it’s the cost of human power to replace the batteries.”

Since the devices are self-powered, there is no need to have individuals change the batteries on a regular basis, thereby decreasing cost to industry while enabling continuous remote monitoring in order to detect problems at an early stage.

Self-powered battery-less devices are not an entirely new concept: other energy harvesting principles are used to power digital wristwatches and handheld torches. Existing devices based on vibrational energy harvesting suffer from two key technical limitations, however: low output power density, and the mismatch between the narrow operational frequency bandwidth of conventional energy harvesters and the wideband nature of vibrations experienced by bridges, tunnels and roads.

The device developed by the CSIC team addresses these issues by basing their harvester on a phenomenon known as parametric resonance. The energy harvesting device can be realised as a micro-electromechanical system (MEMS) device, consisting of a micro-cantilever structure and a transducer. When force is applied to the cantilever perpendicular to the length instead of transversely, parametric resonance can be achieved, generating more energy from the same amount of vibration.

Prototype versions of MEMS and macro-scale devices based on these principles have demonstrated a significantly improved power output and a wider operational bandwidth relative to current state-of-the-art devices. Preliminary results on a MEMS prototype were presented at the PowerMEMS conference in Atlanta in December. The device is being commercialised by Cambridge Enterprise, the University’s technology transfer office.

In addition to applications in the construction industry, the device also has potential applications such as powering wearable medical devices or extending the life of batteries in mobile phones.