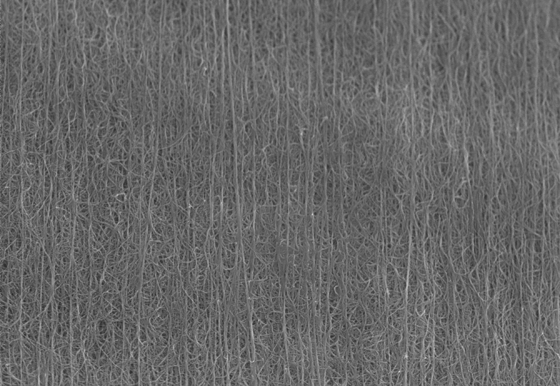 A new battery technology provides double the energy storage at lower cost than the batteries that are used in handheld electronics, electric vehicles, aerospace and defence.

“Using sulphur instead of the materials currently used in lithium-ion batteries could substantially reduce production costs, as sulphur is a fraction of the cost of other materials.” — Dr Can Zhan﻿

The batteries used in these applications are typically based on lithium and a metal oxide, such as cobalt, manganese or nickel. Researchers from the University of Cambridge have developed a composite of sulphur and nanostructured carbon, for use as a battery cathode with much higher energy storage at much lower cost than conventional materials.

The cathode, or positive electrode, is one of three functional components of a battery, along with the anode (negative electrode) and electrolyte. The raw cathode materials are the single largest material cost in battery production, representing between 35 and 40 per cent of total costs.

The global lithium-ion battery market is expected to expand to $54 billion by 2020, up from $11.8 billion in 2010, driven primarily by demand from the consumer electronics and electric vehicle sectors.

“Using sulphur instead of the materials currently used in lithium-ion batteries could substantially reduce production costs, as sulphur is a fraction of the cost of other materials,” says Dr Can Zhang of the Department of Engineering, one of the developers of the material. “Additionally, compared with conventional lithium-ion batteries, the carbon-sulphur electrodes achieve double the energy density per unit of weight.”

The carbon-sulphur electrodes are produced by growing a “forest” of high-quality carbon nanotubes (CNTs) on a layer of metal foam. The CNT forest provides excellent electrical conductivity, and acts as a three-dimensional scaffold into which the sulphur is injected in order to form the cathode.

The sulphur is trapped within the scaffold in the form of small particles which store electrons. The pore structure of the metal foam, combined with the dense vertical packing of CNTs, provides a labyrinth with a large surface area for the retention of electrode material.

Dr Zhang, a postdoctoral researcher in Professor Robertson’s group, has formed CamBattery to commercialise the technology, along with PhD students Bingan Chen, Kai Xi and Wentao He. The company won Technology Start-up of the Year at the 2012 Cambridge University Entrepreneurs competition.

Over the next two years, the team intends to build the first roll-to-roll machine to continuously produce the cathode material, and sell the product to major battery manufacturers. While the number of charge-discharge cycles achieved by lithium-sulphur batteries is not yet high enough for CamBattery to enter the consumer electronics market, applications in aerospace and defence are strong possibilities. “For aerospace and defence applications, energy storage takes precedence over life cycle,” says Dr Zhang. “However, we will continue working at getting the number of life cycles high enough for consumer electronics and electric vehicles.”

The Cambridge University Entrepreneurs (CUE) Business Creation Competition is the UK’s biggest student business plan competition. Since its creation in 2000, the competition has had more than 1,000 entries and awarded £500,000 in prize money to students and staff. Companies from the competition have gone on to raise close to £70 million in further funding.

Photo credit: Scanning Electron Microscope Image of the micro-structures of cathodes made of Carbon nanotubes and sulphur.