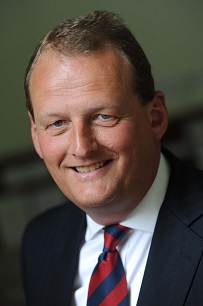 Chris Parkhouse, Managing Director of Deyton Bell and Chairman of the Institute of Directors in the East of England is to stand down from his Regional IoD role at the end of 2013.

Making the announcement at the IoD East of England Dinner in Cambridge, Parkhouse commented: “It has been my very great privilege and pleasure to have held leadership positions in the IoD for nearly 10 years, and I have enjoyed every minute. But all good things must come to an end and the time is right for change. I will stand down as Chairman for the East of England at the end of 2013 and focus on Deyton Bell and my other commitments, including my other IoD activities.”

During his time as Chairman, Parkhouse has met with Prime Ministers, Secretaries of State, Ministers and Senior Officials from all parts of UK Government, has worked with leaders from all local government departments across the East of England and has met with Business Leaders from across the UK and from overseas. He has chaired several leading bodies and has participated in numerous events and media activities in the UK and abroad. As Chairman of the IoD for the East of England, he has been the IoD's Senior voice representing some 6000+ Business Leaders.

Commenting on his voluntary work for the IoD Simon Walker, Director General of the Institute said “Chris has devoted the best part of a decade to leading the IoD’s vital work in the East of England, helping us make the case for better businesses and a better business environment. Alongside his exemplary voluntary commitment he has built an impressive track record in business, and I’ve no doubt that he will continue to be a force in the region and in the wider business community. We were fortunate to have him as a Regional Chairman and I wish him the best for the future.”

The IoD will now start the process to appoint a successor and Parkhouse said “The hunt is on for the next Chairman of the IoD in the East of England. This important voluntary opportunity is open to all and I hope that suitably experienced leaders will consider the role. I would urge anybody interested to contact the IoD before October 31 2013 via email to lisa.johnson@iod.com. Interviews will be held in November and I hope to announce details of my successor before the end of the year”.

Chris Parkhouse founded and still leads Deyton Bell, the leading Cambridge based international economic and business development experts. He is currently Chairman of the Institute of Directors in the East of England, a Fellow of the IoD, a member of the IoD Council and a member of the IoD Nomination Committee. He is also Chairman of the GCGP LEP Cambridge Group, a Liveryman of the Worshipful Company of Management Consultants, a Fellow of the Institute of Sales and Marketing Management, Visiting Fellow of International Business at Anglia Ruskin University, Honorary Commander of the United States Air Force and President of Rob Roy Boat Club. Chris was formerly Chairman of EEIDB, Deputy Chairman of the Greater Cambridge Partnership, Director of Strategic Alliances at Virgin and Corporate Sales Director for Santander. He is an expert in B2B and G2B issues who has managed initiatives involving over 3500 clients in 80 countries.

The Institute of Directors (IoD) was founded in 1903 and obtained a Royal Charter in 1906. The IoD is a non-party political organisation with approximately 38,000 members in the United Kingdom and overseas. Membership includes directors from right across the business spectrum – from media to manufacturing, e-business to the public and voluntary sectors. Members include CEOs of large corporations as well as entrepreneurial directors of start-up companies. Please visit www.iod.com

The IoD provides an effective voice to represent the interests of its members to key opinion-formers at the highest levels. These include Government ministers and their shadows, parliamentary committee members, senior civil servants and think-tanks. IoD policies and views are actively promoted to the national, regional and trade media. Follow us on Twitter to get the IoD’s reaction on business and public policy issues.The IoD offers a wide range of business services which include business centre facilities, with 15 UK centres and one in Paris, conferences, networking events, virtual offices, issues-led guides and literature, as well as free access to business information and advisory services. The IoD places great emphasis on director development and has established a certified qualification for directors – Chartered Director – as well as running specific board and director-level training and individual career mentoring programmes.

For further information please contact:
Chris Parkhouse on 07730-718218 or via chrisparkhouse@deytonbell.com

At Deyton Bell, we aim to break the mould by offering a fresh dynamic approach to business services, with an energetic, creative, nimble style designed to generate outstanding results and maximum value for our clients - fast.