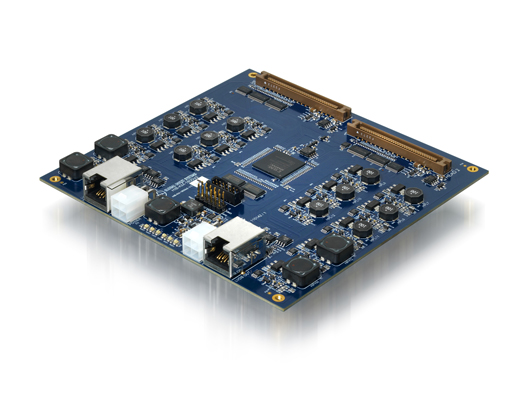 First shown at Drupa 2012 in the KM-1 B2 press, the Konica Minolta 1800i is a 600dpi greyscale UV ink jet printhead capable of printing at 50m/min. The GIS HIB-KM-1800i can support up to 2 x KM1800i printheads per board and enables the printhead to be driven at full capability.

Nick Geddes, CEO of GIS commented, “The KM1800i was demonstrated at Label Expo Europe in Brussels last week running interlaced heads for 1,200dpi at 50m/min with fully variable data. The system was driven by GIS technology using our new HIB-KM-1800i and our latest generation USB 3.0 Print Manager Boards, the PMB-C8-3.”

In a second new product development, GIS has also announced the HIB-KM-4i4 which can drive up to 4 x KM512i printheads. The KM512i is a 360dpi greyscale printhead which supports aqueous inks and featured in several new product announcements at Shanghai Tex earlier this year.

“We monitor the commercial adoption of printheads carefully,” said Debbie Thorp, Business Development Director at GIS, “and we believe that the KM512i will be a popular choice for textile printers - so we have accelerated our development programme to support this printhead and satisfy customer interest and demand.”

The HIB-KM-4i4 has the added benefit of also being able to drive the well-established KM1204 printhead. GIS already supports this printhead, but is inviting existing customers to transition to the new HIB, which can drive 4 x KM1024 printheads and eliminates the need for the additional KM-ICB connection.

The two new HIBs are undergoing field trials with GIS customers and will be available in production volumes in Q1 2014.