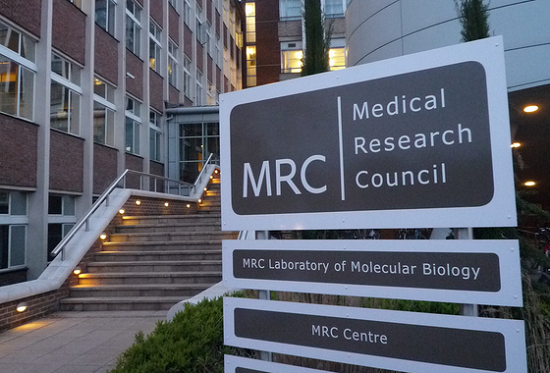 When the Chancellor of the Exchequer visited Cambridge recently, he outlined plans to 'invest more in science than ever before,' adding that more must be done to turn British ingenuity into commercial success.

The challenge for government and the London financial markets is how to realise the economic benefits of these new industries for the UK.
— Tony Raven, CEO of Cambridge Enterprise

Chancellor George Osborne chose Cambridge to unveil an historic £7 billion investment in science, lauding the innovation cluster for producing some of nation’s most important scientific and commercial successes.

“What you’ve achieved here has been called ‘The Cambridge Phenomenon’” Osborne told an audience at the MRC Laboratory of Molecular Biology, a world-class research facility whose scientists pioneered DNA sequencing, and have been awarded a remarkable 10 Nobel prizes. “I want it to be the British Phenomenon,” he said.

While Osborne praised Britain as a leader in scientific achievement, he said it was time to confront the ‘hard truths’ that too little has been done to turn British ingenuity into commercial success, allowing many innovations to be commercialised overseas.

The UK files fewer patents each year than the US, Japan, Germany, France, China and South Korea, getting less income out of the country’s intellectual property than universities in the US.

For every success story, like the wildly popular University of Cambridge start-up Raspberry Pi, a low cost, credit-card sized computer that enables people of all ages to explore computing and is manufactured in South Wales, there are many other examples of Cambridge research that were commercialized overseas.

Like University spin-out Solexa. The company developed revolutionary gene sequencing technology, and was sold in 2007 for $600 million to US-based Illumina, a company now worth $17 billion. And Cambridge Display Technology (CDT), the developer of a fast-growing next generation technology that offers many advantages over the liquid crystal displays (LCDs) and plasma displays used in flat panel televisions. The company was acquired in 2007 by the Japanese Sumitomo chemical Company, based in Tokyo. And Cambridge start-up XenSource, which developed application virtualization software that is used in cloud computing, and was acquired by Florida-based Citrix Systems for $500 million.

It is by backing successful scientific clusters like Cambridge – which alone plays host to 1,500 technology-based companies, employs 57,000 people, and turns over £13 billion in revenue a year — as well as doing more to help innovators as they make the transition from the lab to the market, that more innovations will get to the market in Britain, Osborne said.

Tony Raven, CEO of Cambridge Enterprise, which helps University of Cambridge innovators commercialise their research, said backing Cambridge is only part of the solution.

“As the Chancellor acknowledged, UK universities and Cambridge in particular have become very good at seeding the next generation of industries,” Raven said. “The challenge for government and the London financial markets is how to realise the economic benefits of these new industries for the UK.”

Among the initiatives Osborne highlighted during his speech were £6 million in new funding to expand the incubation facilities for life science companies at Babraham, support for newly approved plans to bring Papworth hospital to Cambridge, and a commitment of more than £200 million to build a new polar flagship, which will replace two aging vessels with the most advanced oceanographic research vessel in the world. The ship will be built for the Cambridge-based British Antarctic Survey.

The £7 billion in science funding, the biggest sustained programme of investment in new science capital ever, will be phased in annually, ending in 2020/21. Osborne has called on the research and business communities to decide how best to spend the funds.

“We have some tough and exciting decisions to make over the coming months,” Osborne said. “I’m relying on…the scientific community to make sure we get it right.”