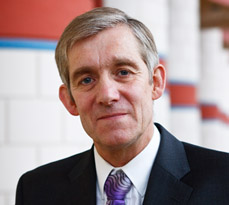 In his blog Keeping an Eye on Climate Policy, Chris critiques today’s (18 October 2013) Spectator piece entitled “Why climate change is good for the world” – complete with cartoon of happy polar bears surfing on their melting ice.

Chris points out that Matt Ridley’s article “Why climate change is good for the world” takes much of its data from one research paper by the climate economist Richard Tol from 2009 and that Ridley ignores other observations in the same paper that place important caveats on it, or point to an entirely different conclusion.

Chris’s post, “What Matt Ridley won’t tell you about climate change impacts”, points out that Ridley has ignored the fact that Tol is careful to set out the limitations of his own data:

Tol is careful to stress in this paper ‘the considerable uncertainty about the economic impact of climate change and that negative surprises are more likely than positive ones’.”

But that’s not even the main failing of The Spectator piece, says Chris. It completely ignores one of Tol’s more troubling calculations:

"Let’s instead focus on another finding in Tol’s paper, about which Matt Ridley is silent. Table 2 of Tol’s paper is a review of all the net impacts, including benefits as well as negative impacts, from one more tonne of carbon put into the atmosphere today in the form of carbon dioxide, which is given the name the ‘social cost of carbon’.

“For every tonne of carbon dioxide emitted, the negative impacts outweigh the benefits by about $33!” A finding not even mentioned by The Spectator, says Chris.

Chris also observes that Tol’s paper was published in 2009 and therefore relies on data from before that point. Looking at his thesis from the standpoint of 2013, Chris estimates that Tol’s mean value for the social cost today is actually more like $55 per tonne of carbon dioxide!

"Under the ‘polluter pays’ principle this is the price that should be attached to all emissions of carbon dioxide today, preferably via a comprehensive carbon tax.”

Chris also points out that there are many higher estimates of the mean social cost of carbon dioxide – $100 per tonne in some research. But even using Ridley’s own source data, Chris claims he is misguided:

"Let’s stay with the source actually used by Matt Ridley and ask if he agrees that the current price on all emissions of carbon dioxide should be at least $55 per tonne, as Richard Tol’s mean results show?

Read Matt Ridley’s article, Why climate change is good for the world”, published  this week (19 October 2013) in The Spectator